Whisky producers in Quebec, the Dubé brothers of the Distillerie Côte des Saints opened the farm at the height of the pandemic.

It is the first farm distillery in Quebec. Mirabel is already recognized in the world and has won awards for its distillates. The Côte des Saints distillery was supposed to officially open on April 6th, but the pandemic cancelled the event due to lockdown restrictions. However, this did not stop the distillery: they recently released a mint liqueur, a cocoa liqueur and a gin.

The premium gin allowed the distillery to win the Quebec Distillery of the Year 2020 award in the New York International Spirits Competition. Premium Gin Côte des Saints is distinguished by its clear appearance and an opalescent cloud resulting from the addition of a touch of spring water. Thus, we see the essential oils contained in the essence stand out. On the palate, fine and complex notes of woody pine and forest combine with exotic notes of lemon peel, cardamom and salty rosemary. A long and smooth finish complements the tasting with persistent aromas in the mouth and a touch of floral notes.

It is undoubtedly an honor for Jean, Yves and Michel Dubé who have the ambition to create the best whisky in the world. Their whisky already rests in barrels of bourbon, sherry and other alcohols to age for a minimum of three years according to regulations.

“Each lot will have its own history“, says Michel Dubé. “People reserve bottles for us, even though they will be released in May 2020“.

From Grain to Bottle

The distillery was based on the Scottish model. Built on agricultural land, it is equipped with a long chimney from which the smoke escapes from the dryer and smoker where the grains are treated after passing through the malting room. They have a still made of 100% copper created especially for whisky. This alembic borders on the alembic of three columns used to make neutral alcohol and liquors.

It is the philosophy applied by the distillery, in fact, the distillers make their espirituoso from the cereal instead of buying neutral alcohol to later aromatize it. In addition, the Côte des Saints distillery is known for growing its own barley on site.

“For us, it is essential to control the quality of our raw material,” says Jean Dubé.

Côte des Saints is the first distillery in Quebec to produce its own grains.

Each year, they grow 250 tons of barley grains. With these quantities, they hope to produce 6,000 cases of 12 bottles of gin and spirits and 400 to 500 barrels of whisky per year. 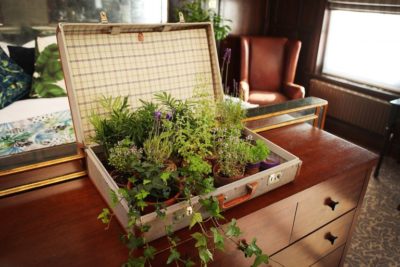 There is now a gin made specially for gin cocktails