The bartenders of the Confinement Bartender Contest say “Thank You!” to Jean Didier-Gardère of 1716 Bitters and Rhum for helping out.

Our “Confinement Bartender Contest” competition to help bartenders around the world would not be possible without the support of the IBA (International Bartenders Association) and our sponsors.

The last two months Spirits Hunters launched a contest to help bartenders around the world by giving tips during the confinement as a result of the covid-19 pandemic. Today we are happy to announce that we count on the support of 1716 Bitters and Rhum. 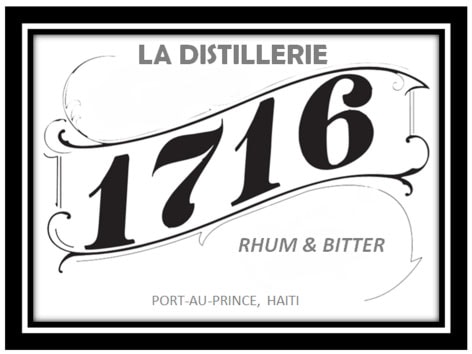 La Distillerie 1716 is the ultimate expression of the authentic flavors of the Caribbean island of Haiti such as bitter oranges and sugar cane. These unique flavors are found in their collection of Bitters and Rums created in Haiti, where the oldest bitters recipes are from.

Among the Distillerie products we find the 1716 Bitters, which are made from rum and alcohols of Haiti produced from 100% pure organic sugar cane juice.

And also, the 1716 Rhums. Produced by craftsmen in limited quantity with a special emphasis on the quality of each batch. Furthermore, their different “Rhum Agricole” from pure organic sugar cane juice. These are produced with the same Haitian traditional technique, carried over from colonial days.

But 1716 is more than a brand of bitters and rums. In fact, 1716 represents what is at the core of cocktail creations. Bartenders around the world may not all know that the Bitters, which are the core of their day to day leaving are in fact from Haiti. And also, the jigger and the cocktails.

Through 1716 Bitters and Rhum we can discover the origin of such elements that are rooted in the culture of Haiti since the 1800s.

In fact, 1716 shares an intrinsic link with the town of Saint-Marc, and with Antoine Amédée Peychaud. Born in Saint-Marc, Haiti, according to historical writings we attribute to Peychaud the creation of the bitters. And not only bitters, but also the word Cocktail and the of the “coquetier” as measure which gave birth to the Jigger.

Peychaud fled to New Orleans at the onset of the Haitian revolution. He left the island with the recipe of a bitter that was commonly used in the highlands of Saint Marc. It became the first bitter and when introduced to the public at the Sazerac bar in New Orleans, it bitters became the key ingredient of the classic cocktails Sazerac and Manhattan.

The Gardère Family – a legacy

Jean Didier-Gardère is the founder of Distillery 1716. He continues the traces of a long tradition in the plantations and the processing of sugar cane as well as in liqueurs and spirits by producing rum and bitters in the mythical island of Quisquéya/Ayiti which was known as La Colonie de Saint-Domingue before the Haitian Revolution of 1804. Today, the island is shared by Haiti and the Dominican Republic. 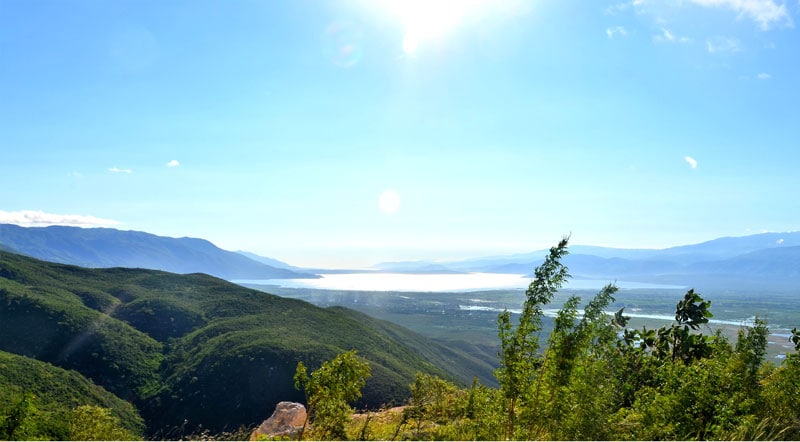 Gardère started his experiments in 1982 with traditional Haitian Rhum and Clairin (distilled sugar cane juice spirit). He followed his country’s customs and love for special alcoholic concoctions/infusions with herbs, barks and fruits. Using the family’s recipes passed along to him by his Father, he succeeded in preparing a collection of “Trampés” (Haitian word for Infused Rum)” and two Bitters.

He also was inspired by his Mother-in-Law, the Co-Owner of 1950’s historically acclaimed Haitian bar, the REX CAFÉ. Thanks to her, he learned various cocktail recipes and the real value of bitters as a formidable aromatic ingredient in any mixed drink.

The 1716 Bitters  and rhums Collection

Since 2016, the 1716 Bitters became known to many markets around the world. While the 1716 Clairin, 1716 Aged Clairin, 1716 Aged Rhums and the 1716 Rhum Miel have been added to the export product list of the Distillerie and will make a difference in any cocktail. Their unique taste, drawn from pure organic sugar cane juice are exceptionally different.

The 1716 bitters collection is comprised of five bitters, each of which have a unique taste and aroma bringing hints of specific flavors in the preparation of cocktails and enhancement of their flavor. Ranging from spices and zests mixing fruits and botanicals from the island, these excellent taste enhancers for cocktails are at the core of the Distillerie 1716 products. 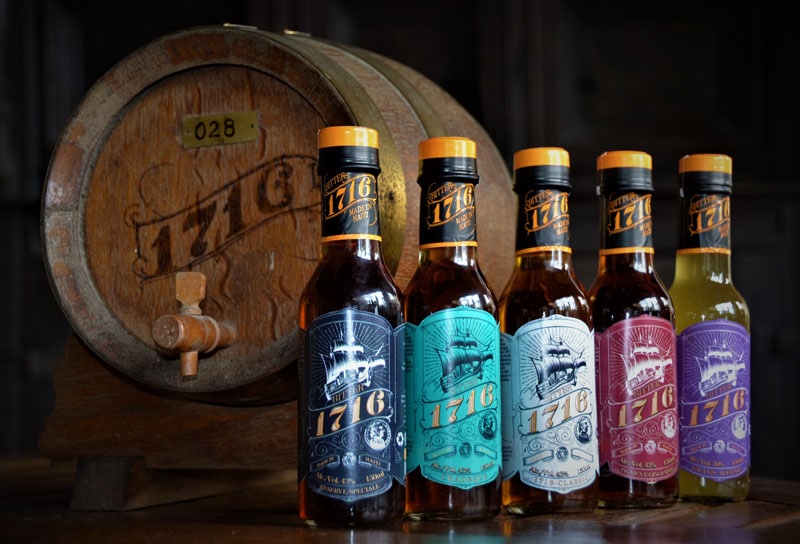 Photo: Courtesy of 1716 Bitters and Rhum

In addition to the 1716 bitters, we find the rums of the 1716 Rhum Collection introduced in 2019. Comprised of five varieties ranging from clairin, the Haitian traditional sugar cane spirit, to white rum, rhum agricole and aged rhums, are produced in a craft distillery in Haiti’s Central Plateau Region, then blended and bottled in Port-au-Prince. Clairin 1716 Grand Arome is the “Flag Ship” product, with deliveries of over 15,000 bottles per month. For rhums and clairin: 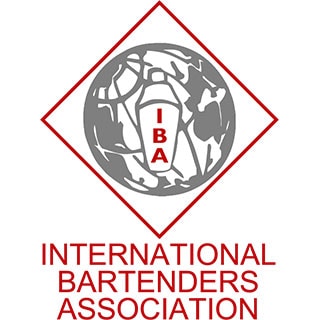 Cocktail ideas with leftovers for our Confinement Bartender Contest – 6 days for the final!