Alexandre lives in Kiev, Ukraine. His work behind the bar dates back eight years. He is currently the manager of the Narikela HUB and HYPE BAR bars. Also, he is the founder of the bartender school FLAIR STYLE.

On the other hand, Alexander Kovaliuk has been rewarded as the Ukrainian Champion in Flair Bartending and as multiple winner in mixology.

The original creation cocktail he shares with Spirits Hunters is the ElixiErne. An absinthe based cocktail with an interesting story. The story links to the year of the invention of absinthe, 1790.

Kovaliuk explains: “Madame Erne, a resident of the small village of Kuve, prepared a wormwood tincture that she prescribed to her patients. Absinthe was considered a panacea for all diseases. Thus its name, called ‘La Fee Verte’, a green fairy. From here came the name of my cocktail – ElixiErne!” 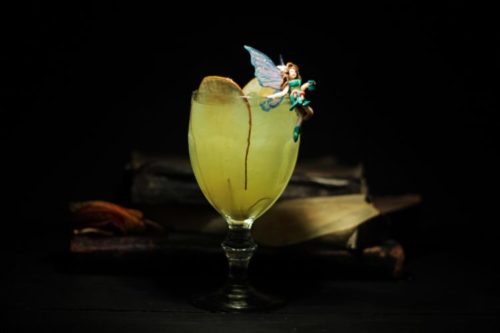