The ban kept the United States under a clandestine alcohol tasting process for 13 years. Bars, speakeasies, managed their way to have customers and serve special cocktails. But the beer brands, for their part, at the beginning of the ban, diversified into other types of beverages.

These breweries include Anheuser-Busch, Miller and Coors. Others, such as Yuengling, Pabst, Schell, Saranac or Minhas.

The diversification of beverages allowed these breweries to survive the era of prohibition. Some of the products that replaced beer were ice cream, baby formula and near beer.

A-B managed to diversify more than any other brewery. With non-alcoholic beverages such as Bevo, based on cereals. Later, Anheuser-Busch concentrated on the production of a Budweiser malt extract, a carbonated coffee called Kaffo and a tea brand called Buschtee. They also included foods such as healdos, formula for children and frozen eggs.

Like Coors, Miller made malted milk and malt syrup. But also a “near beer” called Vivo. In addition, soft drinks such as Miller Verifine Lemon Soda.

The Colorado brewery marketed malted milk under the name “infant formula. The milkshake was sold to soda fountains and candy companies. But not only that, the brewery went further by creating materials for labs, used by Thomas Edison, cups, crockery, thanks to a natural clay fountain near the company.

Pabst spent the years of the ban producing malt extract and a processed spread cheese called Pabst-ett. The cheese brand was sold to Kraft in 1933.

The Yuengling & Sons Brewery is the oldest brewery in the United States. They diversified creating a product loved by all: ice cream! Today the brewery, through Yuengling Dairy Products, continues to sell ice cream. 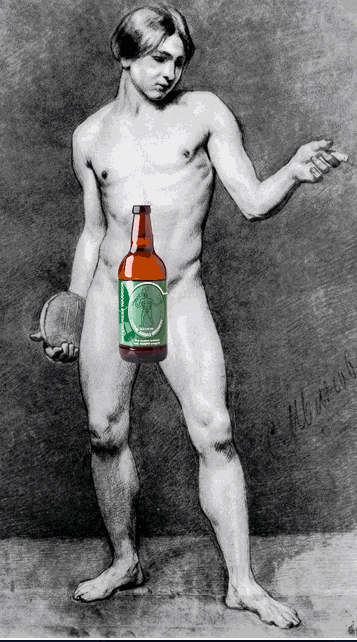 It’s International Beer Day, we tell you everything about it and give you two beer-based recipes