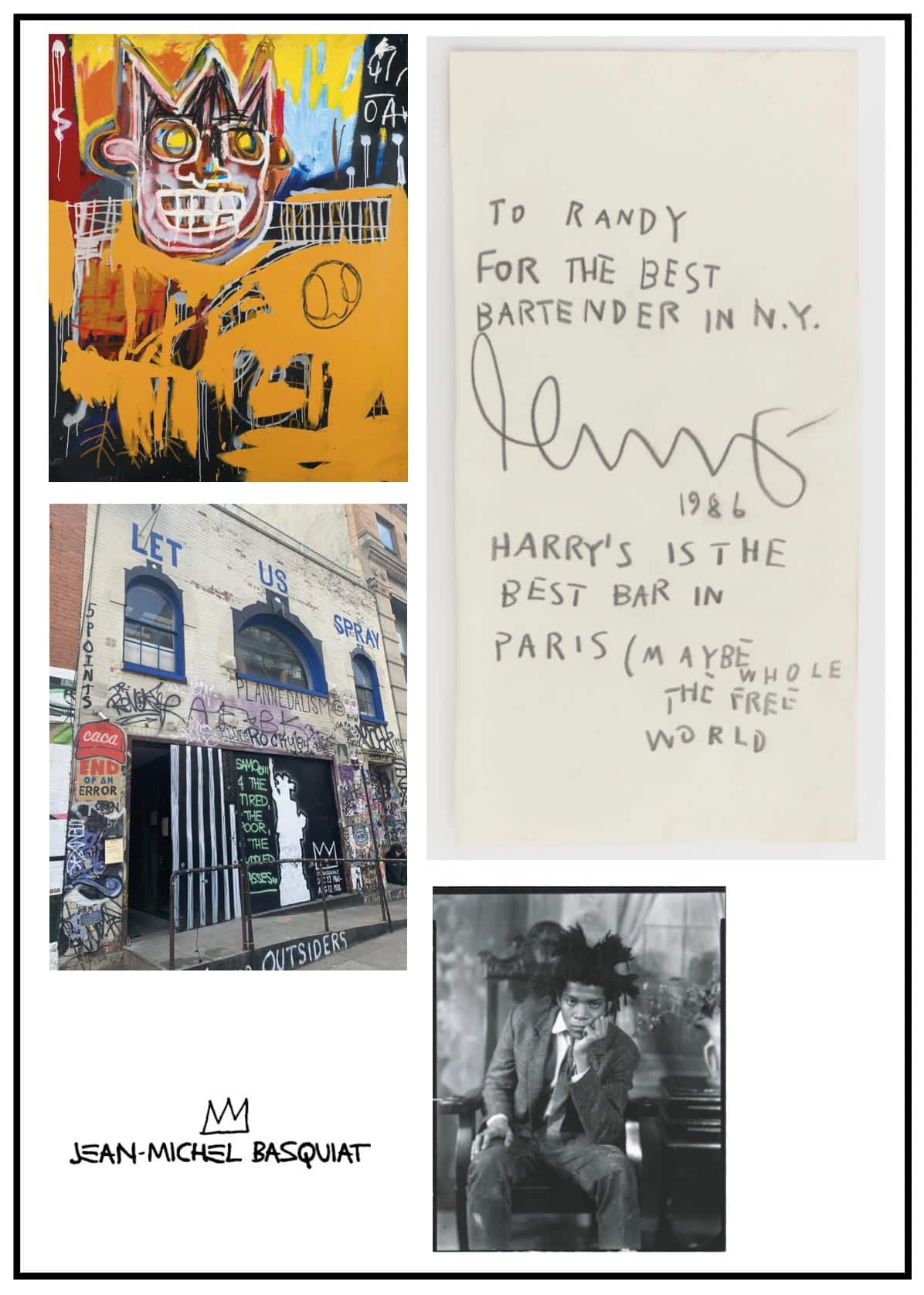 This is the story of the friendship between artist Jean-Michel Basquiat and bartender Randy Gun in the 1980s. It was the time when Basquiat rented a studio from Andy Warhol at 57 Great Jones Street in the Bowery area of New York. Across the street was a bar where the artist met the bartender, actually named Randy Burns.

Artnet magazine recounts the story between Basquiat and Randy Burns after the latter was interviewed by journalist David Ebony for an online exhibition by New York dealer Janis Gardner Cecil. “Basquiat was coming when we weren’t actually open yet. I would be setting everything up between 3 and 4 in the afternoon. If anyone tried to come in I would ask them to come a little later. But when Jean-Michel came, I would let him in,” Gun told Ebony. “He used to order a Margarita, right away.”

“Right above his head, where he was sitting, was the original poster of Cassius Clay vs. Sonny Liston from 1964. Maybe that’s where they got the idea for the Basquiat and Warhol poster, with the boxing gloves,” Gun reflected, referring to the promotion of the artists’ famous 1985 joint exhibition at Tony Shafrazi Gallery.

During the exhibition, Gun shows the world the gift Basquiat left him after returning to New York some time before his death. His gift consisted of the famous book Harry’s Abc of Mixing Cocktails from the New York Bar in Paris.

But that’s not all…

Basquiat made six drawings with a writing, “To Randy, the best bartender in New York,” in 1986. 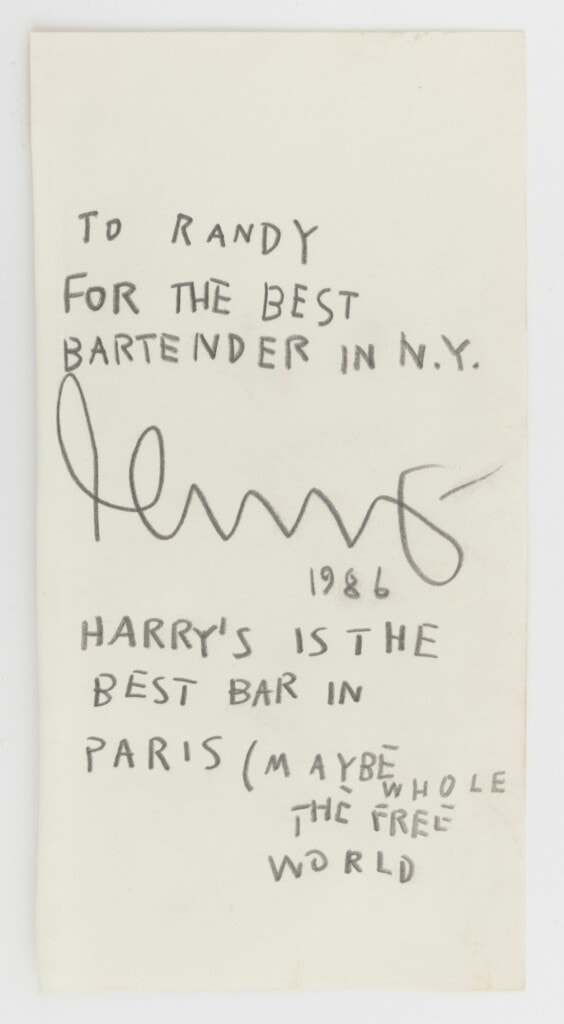 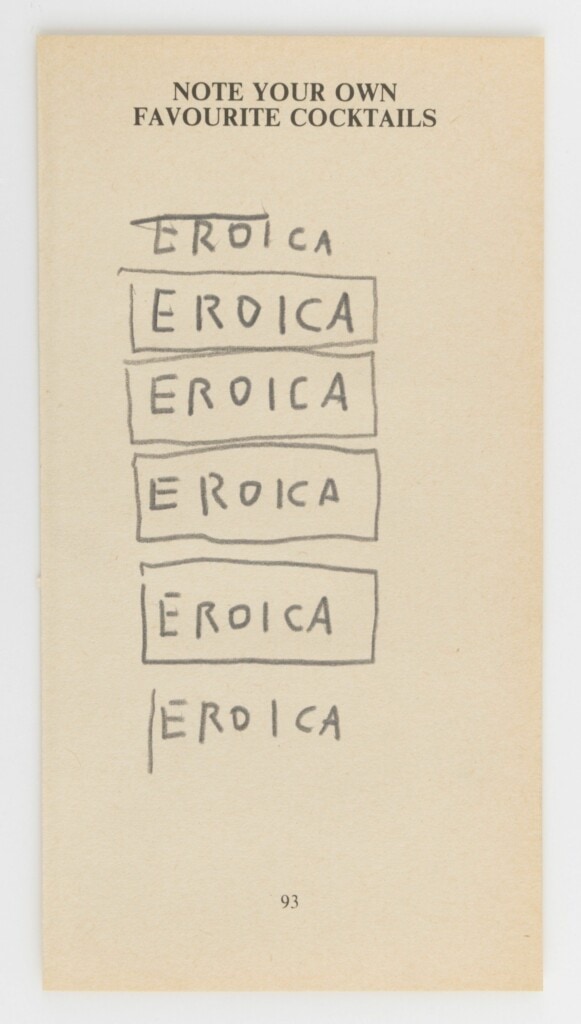 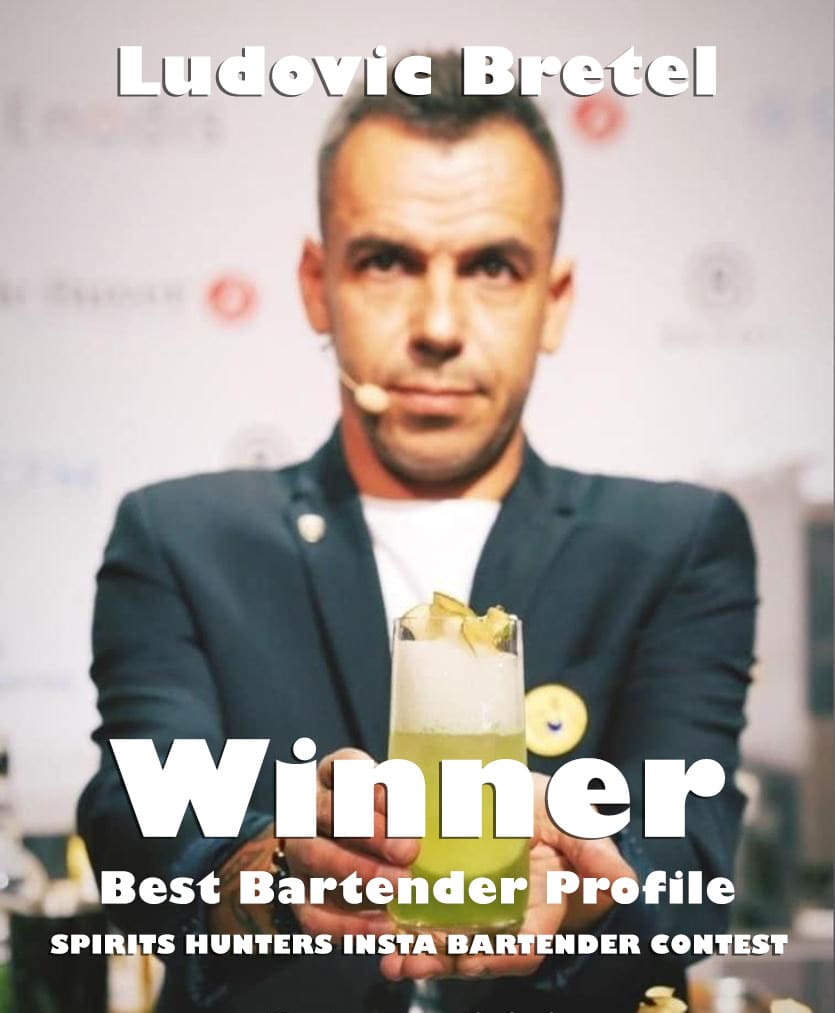