With the purchase of the family manor and the publishing of a book, Ferrand recovers a lost part of the history of cognac. We’ve met the house historian for a retrospective.

Mademoiselle was the last of the Ferrand generation from Barraud, a locality in the commune of Segonzac, in the heart of the Grande Champagne. The great grand-daughter of the great Elie Ferrand, eighth of the name, a cognac producer whose ambition was to make the best cognac in the world. She was the memory of the Ferrand family, and that was her mission in life. She was 94 when I met her, she had a phenomenal memory and an absolutely fantastic clarity of mind. 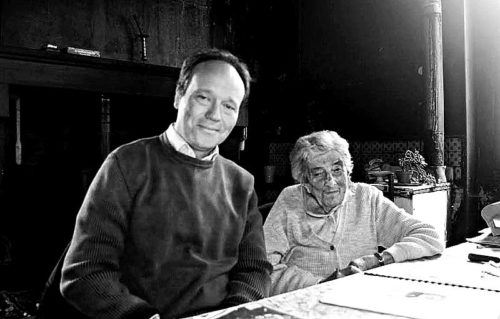 Kevin Desmond, a technology historian, had just written a biography of a French engineer who matched a certain Elie Ferrand. He contacted Alexandre Gabriel, owner of Maison Ferrand, who knew about Henriette Ranson, Mademoiselle, and her manor. On his advice, in late August 2014, Kevin and I went to see this aged lady. When she noticed that we were interested in Elie Ferrand, her great-grandfather, she began to tell us many things.

It was there that the idea came to write a biography of Elie Ferrand, which will be published in July. But we didn’t have enough to start with. Mademoiselle told me that she had not left anything. When she realized that she could trust me, she opened the house, and there were all the archives, so much so that I could reconstruct the family tree of the family, until the first known Elie Ferrand who was born in 1630.

“There are 10 generations of Elie Ferrand, until Elie Paul Ferrand, a nursing corporal in the Armée d’Orient (the French-led field army fighting in the Balkans during World War I), who died in the Dardanelles in 1915. We are sure that Elie Ferrand’s the eighth father and grandfather made cognac. The grandfather was a wine grower and a handcrafter distiller. He learned distillation techniques from them. He also learned the techniques of ageing cognac in different types of wood because at that time we had the right, whereas today we can only age cognac in oak.

I found letters from his peers confirming that Elie Ferrand’s cognacs were absolutely exceptional. We also know that he received numerous medals for his Grande Champagne cognacs in national and international competitions, including a gold medal at the 1900 Universal Exhibition in Paris, and that he had been made a Knight of Agricultural Merit, which is not insignificant. He was also known for his many experiments. This is something that speaks directly to us because one of Ferrand’s Manoir key words is ‘experiments’ “. 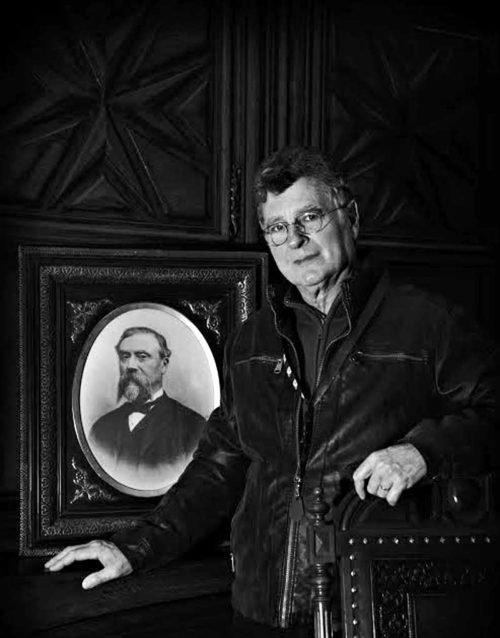 The House of Mademoiselle

“This house was built by Elijah the seventh around 1860. With the agreement of Mademoiselle’s family, who had never had children, we acquired the house after her death. When I first came back, I felt like I was going back a century and a half. In the last years of her life, Mademoiselle used only two rooms: the kitchen with its skillet and its bedroom. The house requires quite a work of restoration. We will also replace wallpapers in the style of that period and rebuild the large porch of the main entrance with its balusters, so as to give back to the house a shine that it had lost with time.”

“The house was bought by Alexandre Gabriel, owner, President and Cellar Master of the Maison Cognac Ferrand, and we will make a museum in memory of this main branch of the Ferrand family, 10 generations of Elie from 1630 until 1930 and of course Mademoiselle. It will also be a foundation. We are in the heart of Grande Champagne. This is the terroir where the finest, most delicate eaux de vie are made, those that age the longest. It is from this terroir that all the cognacs of the Maison Ferrand come. Nobody knows exactly at what time this notion of Grande Champagne appeared nor who is at the origin of it.