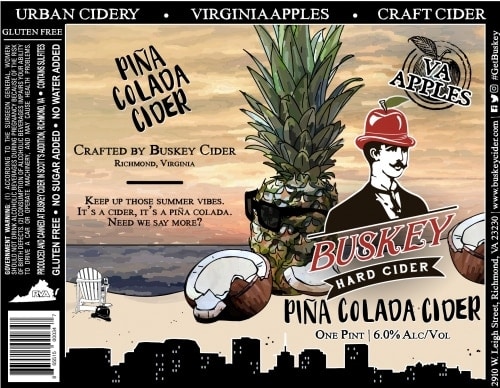 From ready-to-drink beverages, we discovered Buskey, a piña colada cider made in Virginia.

With the launch of Buskey Hard Cider Piña Colada Cider, the Virginia brand continues to launch its canned cider in several locations in the United States: Richmond and Cape Charles.

For this year’s edition, they created a partnership with Cholaca, a company specializing in liquid coconut produced from organic and sustainable coconuts.

“This is an improved version of the Piña Colada cider we’ve launched in recent years,” says Elle Correll, co-founder of Buskey Cider. “We’ve tried it with fresh coconut, which is incredibly labor intensive, and with dried coconut, which often soaks up much of the cider and doesn’t give the results that coconut lovers often crave. This year we used Cholaca liquid coconut, which is essentially a coconut puree that really allows the flavor to shine. We also added chunks of rum because, what’s a Pina Colada without rum!“.

Buskey Cider has pineapple and coconut flavors and is sweetened with premium blue agave nectar. The cider rests in rum flakes which allows for an authentic and refreshing infusion for a piña colada.

“Previous batches of our piña colada have been some of our most requested batches, but with our new partnership with Cholaca and the exciting addition of rum chips, we think this one is mind-blowing,” said Will Correll, co-founder of Buskey Cider. 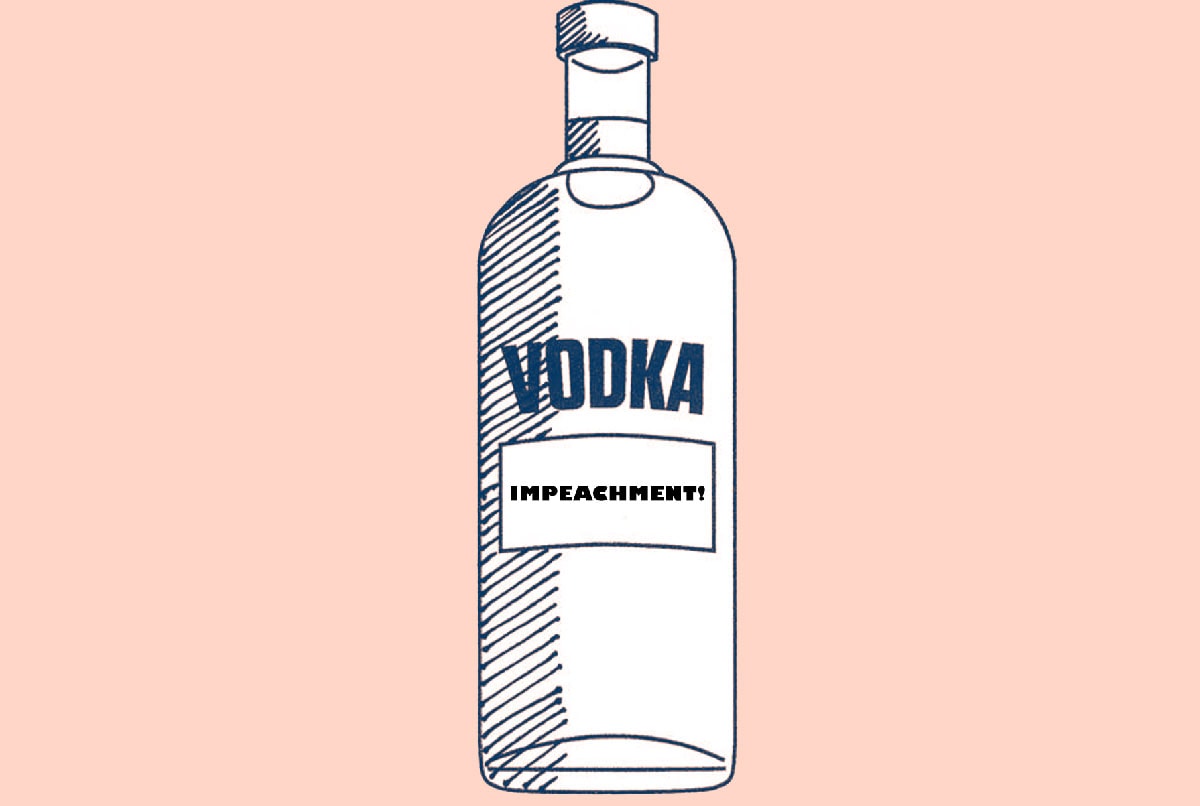 Impeachment is real and it exists in “Impeachment” vodka