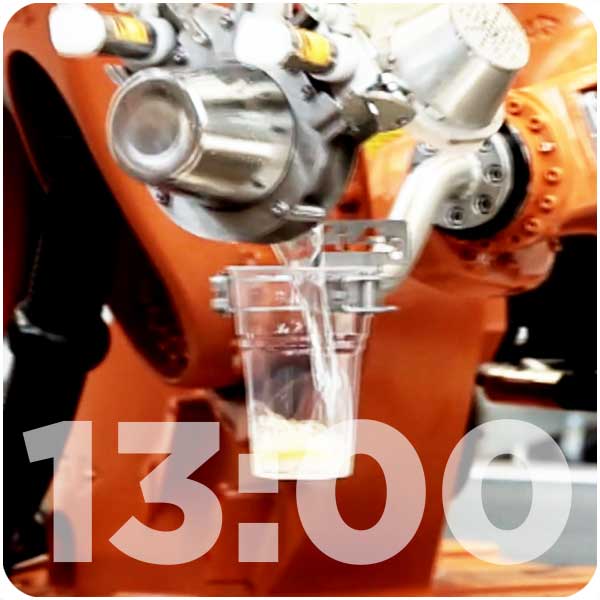 The bartender robot has been developing for some years now, especially between 2017 and 2018 when brands such as Kuka, and Makr Shakr were presented to the public. Today, it is the turn of the city of Strasbourg, in France. A city bar proposed to consumers to have their cocktails served by a bartender robot. Some fear losing contact with humans in the future due to the development of these practices.

In Facebook the Bionic Bar Strasbourg causes uproar in the networks by its constant announcement of the thematic of the bar. The Bionic Bar opens its doors on March 29, an innovative experience that positions the bar as the first robotized in Europe.

Walter is the name of his bartender. A robot with two mechanical arms capable of mixing an endless number of drinks and cocktails in all autonomy.

But comments abound about this novelty. Some Internet users of the 20 minutes website, such as Franny, say “Human contact is essential in an age when technology separates us“. “At this rate, it’s better to buy our beer in supermarkets and drink at home.” Other internet users such as Romain see a positive alternative: “It’s an interesting alternative in the context of a concert or festival when we’re in a hurry“. Others see the practical side of robots in being able to handle plentiful orders.

Kuka is the new version of the well-known Makr Shakr and will be able to create a simple cocktail in 60 seconds. Lucas Marson, the representative of Bionic Bar says that “it will be a novelty in Strasbourg, a premiere“. He assures that there will also be hosts to ensure the service of the bar.

A new brand of spirits by Tony Conigliaro