This bottle of the world’s oldest bourbon (250 years old) fetched a six-figure price at auction. Discover it here.

Auctioned by Skinner’s Auction House, they listed the bourbon as the world’s oldest bourbon. At least 250 years old, it is believed however that the liquid is even older. A test revealed that it probably dates back to around 1763.

“We estimate that whiskey was produced towards the end of the 18th century. The usual practice was to store spirits in large glass demijohns after aging in oak casks.” Skinner explained on his website.

The bottle once belonged to the JP Morgan Library. “This bourbon was probably made before 1865 and was in the cellars of Mr. John Pierpoint Morgan from whose estate it was acquired upon his death.” The label on the bottle reads. 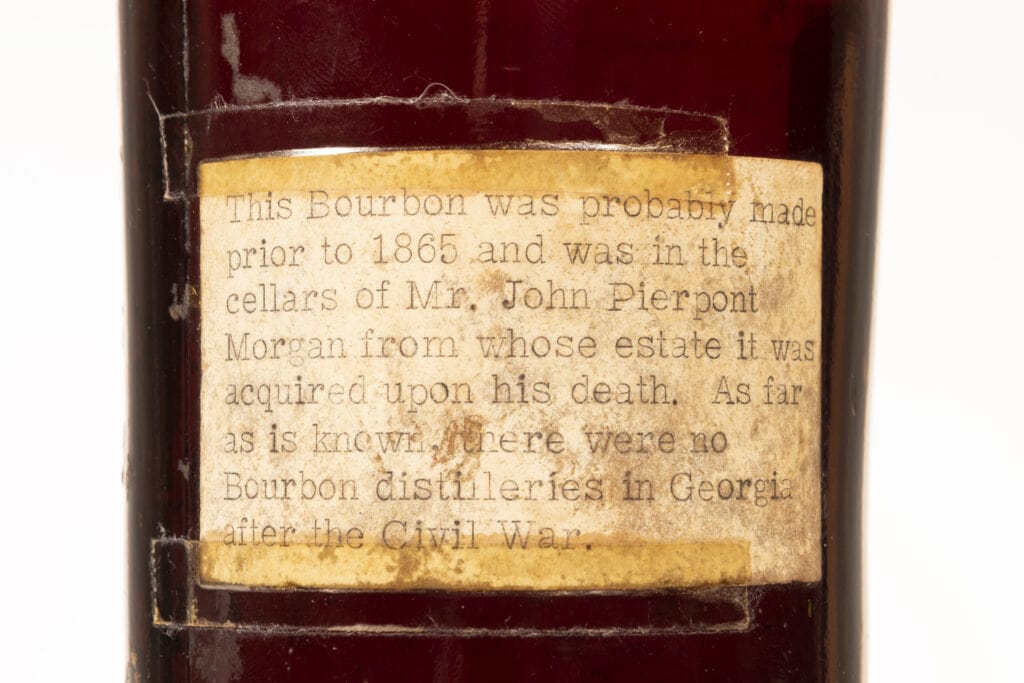 The bottle is said to have been acquired by financier John Pierpont Morgan during one of his frequent visits to Georgia. His son, Jack Morgan, is believed to have subsequently gifted this bottle to James Byrnes of South Carolina, and two sister bottles to Franklin D. Roosevelt (a distant cousin of Morgan) and Harry S. Truman, circa 1942-44.

Skinner’s auction expert, Joseph Hyman, analyzed the bottle details. “In addition, we have confirmed that J.P. Morgan, Sr. purchased most of the madeira and whiskey from the Ridgely’s of Hampton House, in 1902, for approximately $7,600, and the Ridgely’s typed inventory from 1901 includes “Old Bourbon- (purchased) about 1860,” Food & Wine reported. Because of “the historical figures involved, the market valued the bottle well above our estimates for a whiskey that, so far, we don’t know who originally produced it.” 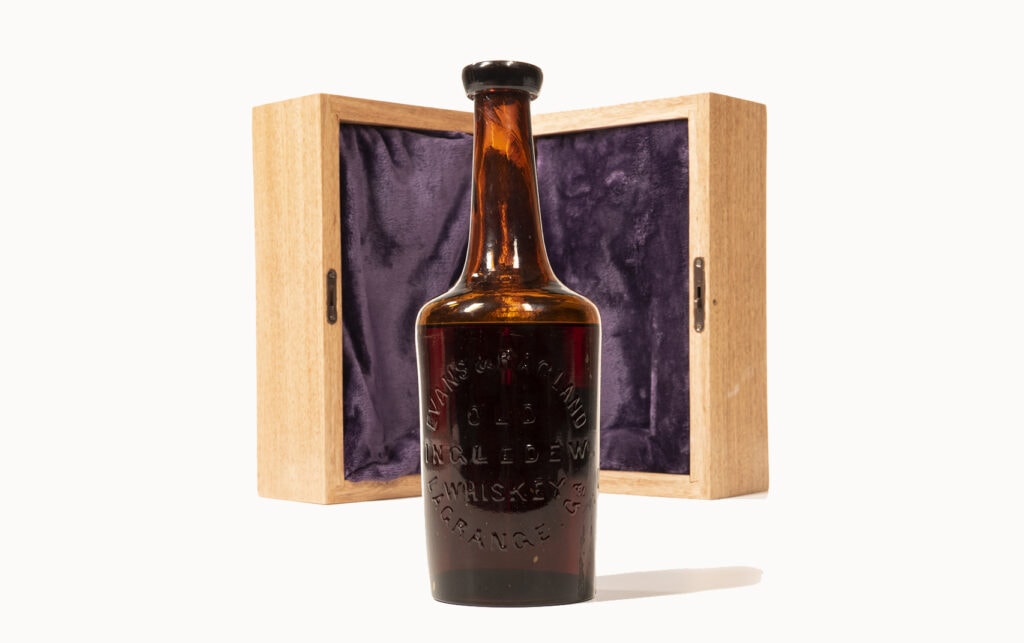 In April, the auction house announced the sale of what is believed to be the world’s oldest bourbon.

House spirits expert Skinner highlighted, “The Old Ingledew Whiskey, bottled by Evans & Ragland, Lagrange GA, c. 1860s, is believed to be the only surviving bottle of a trio from J.P. Morgan’s cellar gifted in the 1940s to Washington’s power elite.” Where to camp near bourbon and whisky distilleries