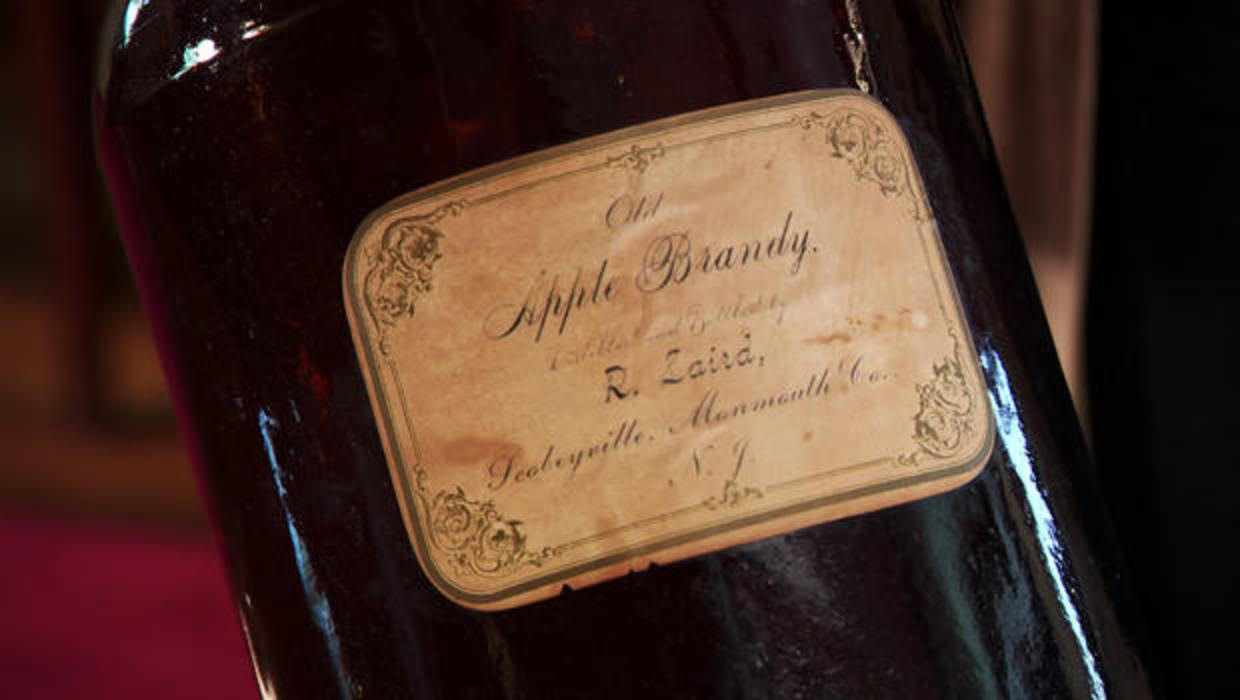 Apple-based, applejack is not an apple juice, it smells strong, has character and tastes like apple. Discover this liqueur here.

This liqueur dates back centuries. The oldest family of distillers to produce applejack is Laird & Company in New Jersey, who have been producing since 1780, according to Lisa Laird Dunn, director.

“It’s 100% proof* so it’s a little strong,” Dunn says. For nine generations the Laird family has produced applejack. Basically, it’s another name attributed to applejack. “Our first recorded sale dates back to 1780,” confirms Dunn. It is so old, that it is said that General Washington was a great fan of this drink.

During the 18th century, Americans had difficulty in obtaining fresh water. Then Americans started to appreciate applejack. “They started their day with porridge and then added applejack,” Dunn explains.

The first applejack was produced through a process called “jacking”. During the winter, low-alcohol cider barrels were left to cool in the early morning. In the morning, the ice that was created was broken and the remaining liquid was the high alcohol applejack.

This brandy was a drink of the common man. But applejack also played an important role in politics. For example, when William Henry Harrison ran for president in 1840, he was called “the strong cider candidate”. Although it was considered offensive, “…he took it as his call to the working class,” Dunn explains. In fact, Harrison won the 1840 election.

Dunn explains from his cellar to CBS NEWS, that it takes about 7 000 pounds of apples for an applejack barrel. Apple brandy blossoms over the years, and ages a minimum of three years, improving over time.

How to drink applejack?

This brandy can be drunk neat as well as mixed in cocktails. Laird and Company recommends the Jack rose cocktail, an equivalent of the Martini for gin.

Preparation: fill a shaker halfway with ice. Add the ingredients and shake well. Strain over a martini glass and decorate with a slice of lemon.

We can say that calvados and applejack are cousins.

One of the differences is that the Calvados is a drink with a controlled denomination of origin, and in addition, unlike the applejack, it needs to be aged for a minimum of two or three years in oak barrels to be considered as such. The applejack does not need to respect a specific time by law, but nevertheless it needs to age in bourbon barrels.

Calvados mainly uses bitter cider apples, which are prominent in the region, while the apple has the reputation of being sweeter, resulting from the use of more common and edible varieties of the fruit.

Taste this new gin with 82,5 degrees of alcohol