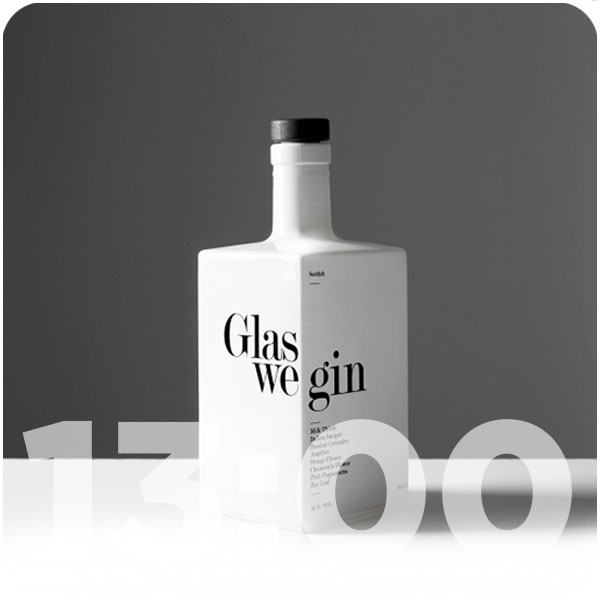 Glaswegin bottle of Scottish gin rewarded for its design

During the DRUM 2019 awards ceremony, The Drum Design Awards 2019 rewarded Scottish gin Glaswegin for its minimalist bottle design, “inspired by the city and the people around us”.

The new Glaswegin gin from the city of Glasgow, Scotland, won the Chair’s Award at the Drum Design Awards 2019 for its bottle. Its design was conceived by Paul Gray, an award-winning designer and graduate of the Glasgow School of Art. Gray, sought to ensure that its appearance would differ from any other bottle of gin and that it would stand out powerfully in any bar.

But the main winners were the Carlsberg beer from Taxi Studio and BBC Two from Superunion, crowned with the Grand Prix of the Drum Design Awards on June 5. A first, as DRUM rarely assigns two Grand Prix in the same ceremony.

England. You should try these gin infused olives by Sligsby and Morrisons

For years, the expansion of counterfeit whiskey has been on a large scale