To celebrate International Gin & Tonic Day, we reveal the true history of this drink that has become so popular.

Gin Tonic has made a triumphant comeback over the past four years. The most English of cocktails also has Indian origins, often unknown to the general public. But what is the true story of this drink that has become so popular?

To understand it, we have to go back to the beginning of the 18th century. After the English revolution, King William of Orange-Nassau took over the throne: it was during his reign that the first production of gin was born, made from juniper berries that gave it its transparent colour and its slightly acid taste.  In addition, King William undertook a vast colonial campaign. India will be part of their conquests: it is from this country that the cocktail is partly based on its origins.

In India, “tonic water” was drunk: a drink made from quinine, used in the treatment of malaria, and mixed with sparkling water. With an extremely bitter taste, the British soldiers on the spot decided to add gin and sugar to make the taste more delicious. Gin Tonic was born!

Quinine has now disappeared but Gin Tonic has not stopped making its way to spirits lovers.

A few years later, the name “London Dry Gin” was created to better regulate gin production in England. This is when the gins “Jodhpur” and “Etoile de Bombay” (of the Bombay Sapphire brand) appear. Which use in their recipes medicinal plants known from the ancient spice route: bergamot and ambrette seeds in particular.

Another is in the running: Langley’s Old Tom gin which takes you to Victorian England with its orange additions.

India opens its doors to distilled gins. Among them, “Gin Mare” succeeds in bringing the flavours of the Mediterranean to the tastes of the day with notes of olive, thyme and rosemary. As for Monkey 47, it is a unique distilled gin filled with notes of citrus fruits, herbs and pepper. In all, no less than 47 different ingredients are used in its production.

How to prepare a Gin & Tonic 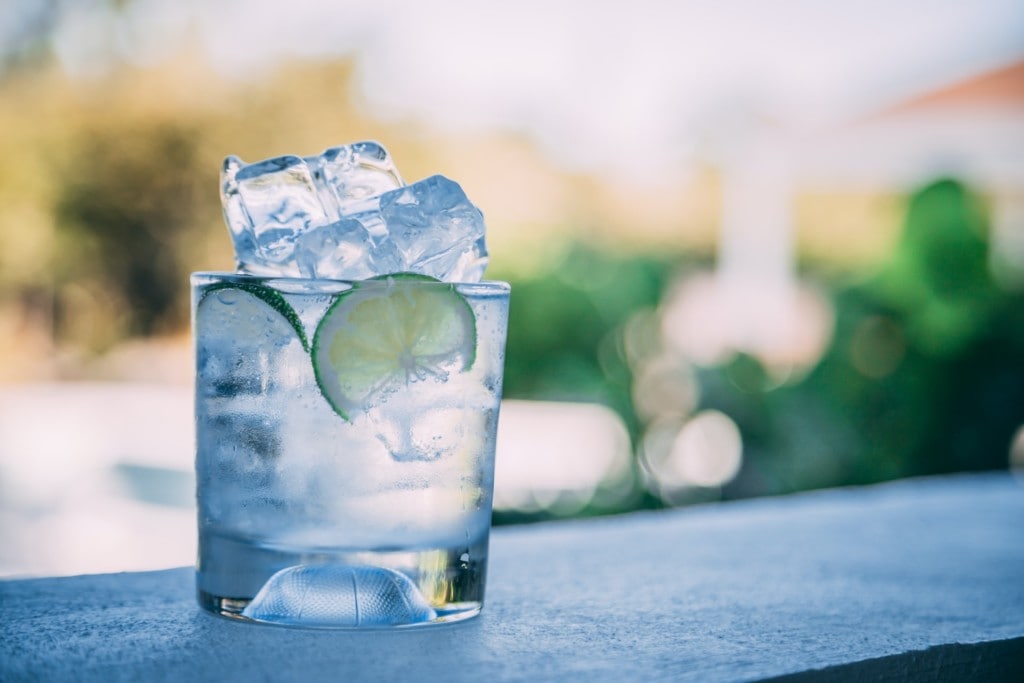 Preparation: add the gin over ice cubes in the glass. Add the tonic water and stir gently. Garnish with the lemon wheel.