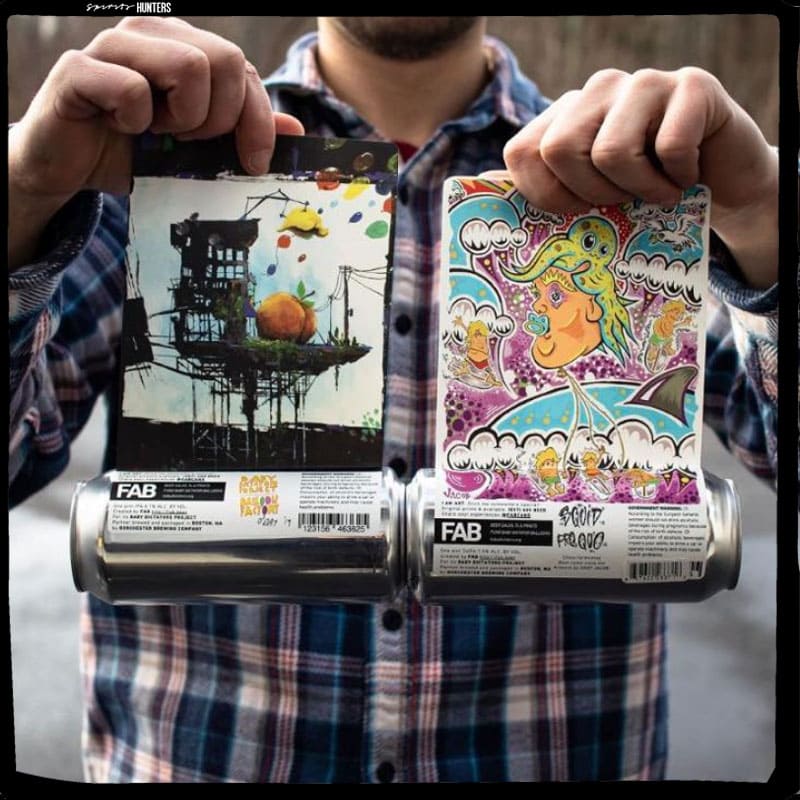 The co-founder of the Aeronaut Brewing Company, Ben Holmes, creates FAB Beer. It all started when Holmes was designing labels for Aeronaut with artists Adam O’Day and Andy Jacob. The group heard the news about a Trump supporter who popped-up a “baby Trump” balloon that was being used as a protest in an Alabama rallie. So the artists decided to make “a statement that hate and destruction is not an effective way to send a political message.”

So says Holmes, and they decided to use their best communication tools: beer and art. The artistic and activist beers of the FAB now exist. FAB stands for “Fermentation arts brasserie”. FAB projects include art, music and activism. Holmes creates the beers at Dorchester Brewing Company, and they are distributed in Massachusetts, Maine and Rhode Island by Craft Collecitve.

The beer premiered at the New Year’s party on December 31st at the Dorchester Brewery. The can contains a 3D printed design. The project that takes up the idea inspired by the “baby trump” is called Baby Dictators. And in turn, the beers carry the same name. In the can, oppressive leaders are blurred like infants, with sub-histories that imagine better childhoods for tyrants. “We are taking a weird and positive turn in the art of protest,” explains Holmes.

The first two beers released by FAB are IPA style. The Squid Pro Quo, designed by Andy Jacob, and the Balloon Factory, whose artwork is by Adam O’Day. Both labels focus on Trump, as they were conceived on the day of the protest. The sales profit aims to finance the creation of new protest balloons for upcoming rallies.

Holmes is exploring potential locations in Sommerville where he hopes to open a building for FAB beer in a couple of years.