The Gin Tullet is a cocktail created by Chef Bartender Simone Romanò for Hervé Tullet at the Hotel Splendide Royal Lugano.

Hervé Tullet is a French artist, interpreter, illustrator and author of children’s literature who has written more than 80 books and has been translated into more than 35 foreign languages.

After studying visual and decorative arts, Hervé Tullet became artistic director in communication and advertising for about ten years. In 1989, Hervé Tullet began making illustrations for the press in France and abroad.

In 1994, he published his first children’s book (Comment papa a rencontré maman, Hachette, 1994) while continuing his work as an illustrator.

He travels extensively in France and abroad to promote his books and lead workshops, sometimes bringing together several hundred people and based on the same principles of imagination and creativity as his books. Workshops that he has held all around the world and in many prestigious places such as the Library of Congress, the MOMA or the Guggenheim Museum. 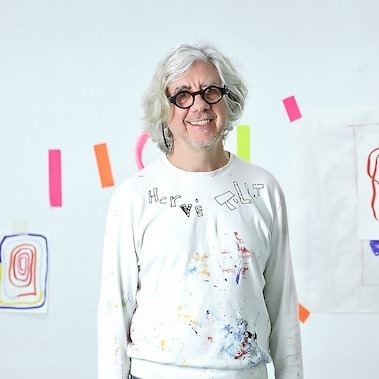 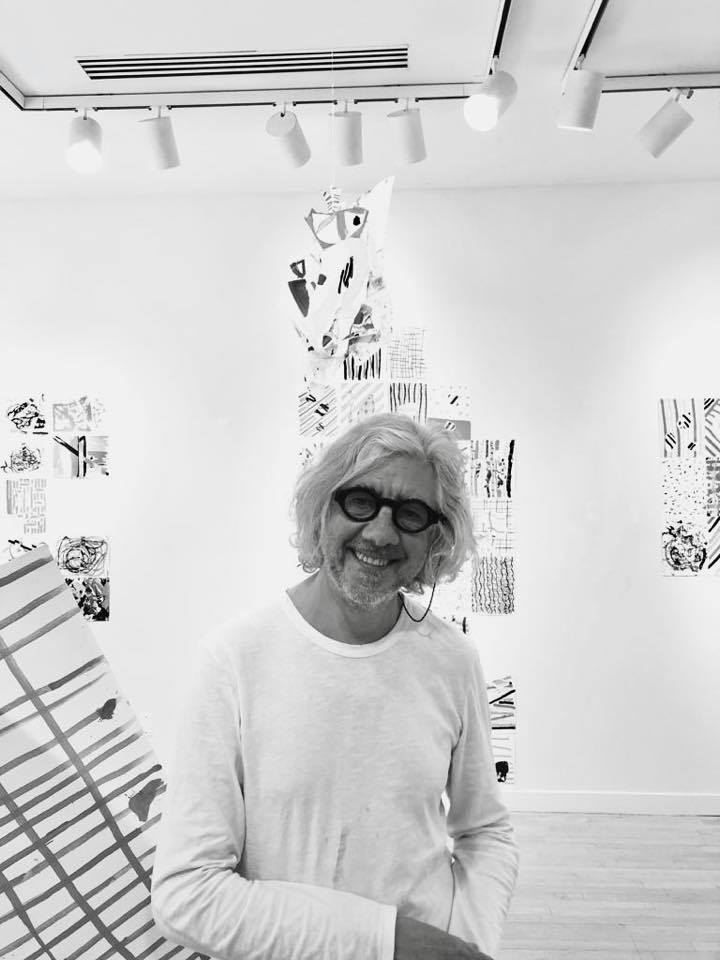 His greatest critical and public success

His greatest critical and public success comes in 2010 with Un livre (Bayard jeunesse, 2010), an interactive book that sold more than 2 million copies worldwide, translated into more than 35 languages and remained on the New York Times Best Seller list 6 for more than 6 years, a record.

Installed in the United States since 2015, he has designed exhibitions at the Invisible Dog Art Center and the Children’s Museum of Pittsburgh. In 2018, he held his first major retrospective in Seoul, Korea 7.

In 2018, Tullet launches L’Expo idéale with Hervé Tullet, a multifaceted project resulting from a performance at the Livart in Montreal in which he invites everyone to create their own exhibition by following their gestures. The project consists of video workshops in the form of a web series and a sharing device in the form of a collective exhibition. He is also involved in supporting a training program for orphaned children in difficulty in Malawi.

His book Press Here, published in 2010, remained on the New York Times best-seller list in the children’s picture book category for more than 4 years.

One evening when he was out of town for a happening in Lugano, Tullet found himself late at the Hotel Splendide Royal Lugano with his son Leo. That’s when he asked for a gin-based and citrusy cocktail to be created. He loved this cocktail… Named Gin Tullet, it is a creation by Simone Romanò, Chef Bartender of the Belle Epoque – Grand Lobby & Cocktail Bar of the Hotel Splendide.

As an avant-garde bartender chef, he creates “magic potions” while drawing inspiration from more traditional cocktail recipes, adding his own personal touch. 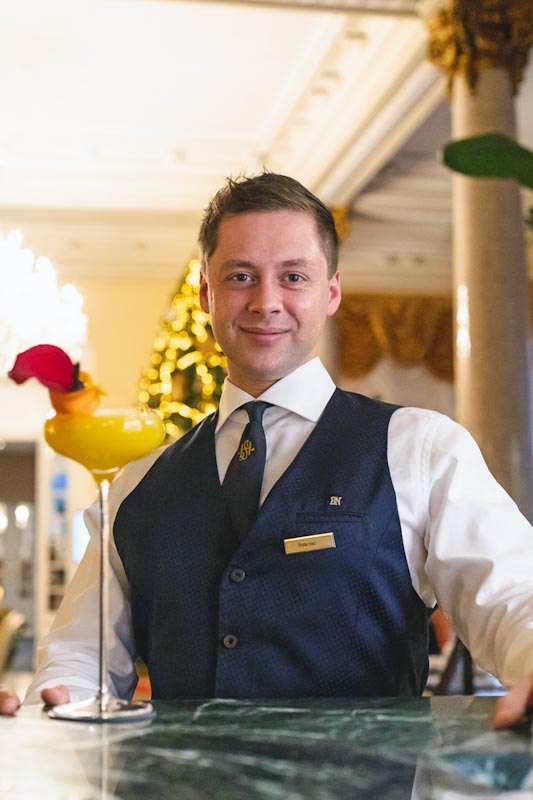 The London mixology scene where he worked for 10 years has influenced his never-ordinary way of making cocktails. From the most refined to the most classic recipe, the touch of Head Barman Simone Romanò emerges in each of his creations, whether it’s an original mix or one of his reinterpretations of great personality. Constantly seeking flavors and aromas linked to the seasons, he loves ice-free mixtures and he always welcomes any personalized request at the bar. The stage for Simone’s inspiration is the charming Belle Époque Bar, while in summer his creations can be sipped at the panoramic terrace of La Piazzetta.

Cinnamon and spices, but also exotic fruits and homemade infusions: there is nothing he cannot transform into a small work of art to toast with.

Simone says, “Classic cocktails are my inspiration, my starting point in a creative and gustatory process that allows me to review classic recipes and try to add my original touch. Mixing is an art, and reinterpretation is the personal signature: you never stop creating.” 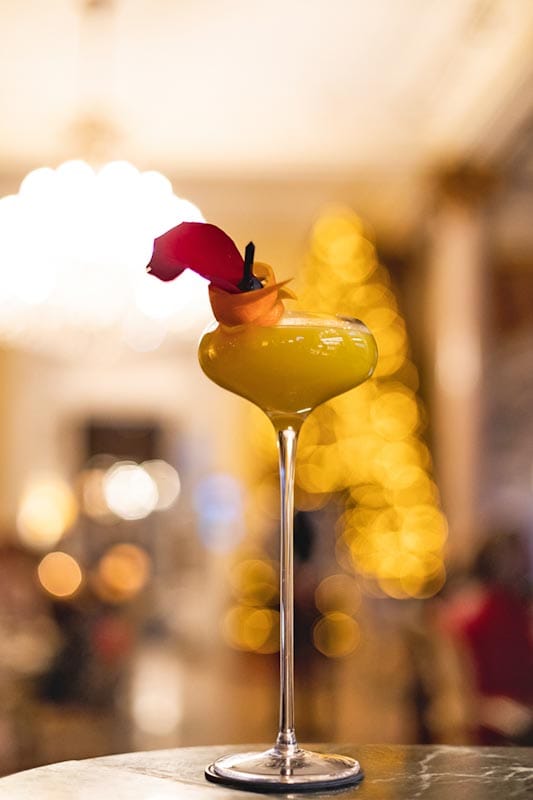 Anton Astashin: “If my first love were a cocktail, it would be a Kate Flint”

“If my first love were a cocktail, it would be a Pinch” by Simone Mina