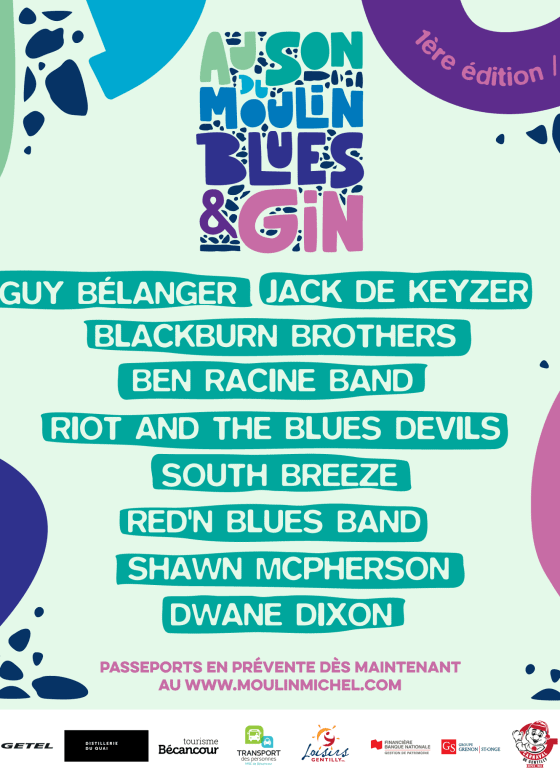 The Blues and Gin Microfestival brings together music and gin fans to enjoy gins from Quebec distilleries.

Gin fans will be able to enjoy gin tastings from various distilleries across Quebec in the company of great music. Among them, La Distillerie du Quai and Distillerie Wabasso have confirmed their presence.

On site there will be a cocktail bar where a mixologist will serve drinks made mainly from gin, “barman Bruno”. And to accompany the palate, a local chef will be in charge of a barbecue.

The event, conceived by Philippe Dumas, stems from his long-standing intention to create a gin festival. In addition, many people requested the creation of a blues event. “There is a microcosm in Gentilly, very intense blues fans.” Dumas decided to bring the two events together in one event, a show that Dumas wants to make into “something memorable.” There will be three outdoor scenes: one on the terrace near the Moulin Michel mill, a second scene in the natural agora and finally an acoustic scene in a clearing by the river.

It is hoped that a tradition will be created with this festival, or at least these are the intentions of the Moulin, who has been organizing events since 1985.

If you are in Canada it is possible to purchase tickets for the event.