The program for Takeout cocktails in New York that began during the early days of the pandemic might gain another chance under Governor Kathy Hochul.

Takeout cocktails in New York are likely to return to restaurants and bars. During her annual State of the State address, in which state officials typically outline their policy priorities for the year, Gov. Kathy Hochul signaled her support for keeping the popular program after its abrupt termination last summer. Eater New York reported.

“Takeout drinks were a critical revenue stream for New York’s bars and restaurants during the pandemic, helping many small businesses across the state pay their rents or mortgages,” reads a written copy of the governor’s policy agenda. “Governor Hochul will permanently allow for the sale of to-go drinks for off-premises consumption to continue supporting the recovery of bars and restaurants.”

As of mid-March 2020, bars and restaurants in New York had been banned from taking customers. But Takeout cocktails in New York were enabled during Andrew Cuomo’s administration, as long as food was sold, as a response to the Covid-19 emergency thanks to an executive order. However, when the state of emergency came to an end these powers were stripped from the former governor.

According to a spokesperson for Governor Hochul, the latter is doing her best to endorse takeout cocktails in New York by including it in her annual policy goals.

If so, bars and restaurants will see an additional silver lining because during the height of the pandemic when no customers could be accommodated or there were capacity restrictions, these establishments counted on such an alternative to generate additional revenue.

Unfortunately the policy came to an end in June 2021 – initially scheduled to run until July 26 – after 15 months of the pandemic, and bars and restaurants found themselves with thousands of dollars worth of bottles of wine on their hands to sell with barely 24 hours notice. 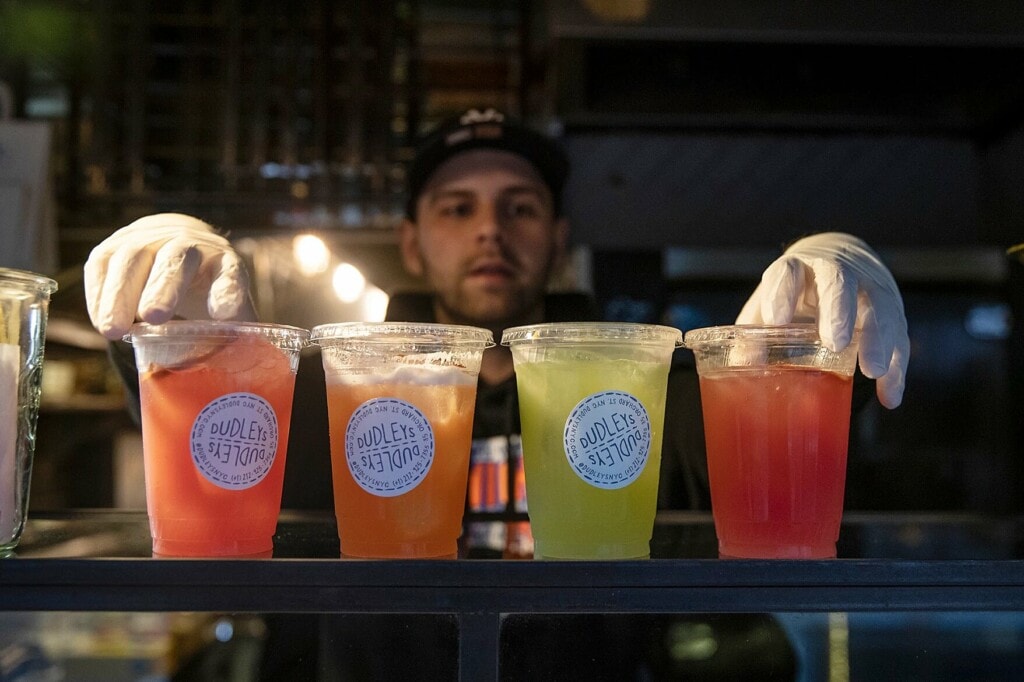 Bar and restaurant owners kept lobbying elected officials to make takeout cocktails in New York program permanent pur at least for a year, with some result. State lawmakers first introduced legislation to make the program permanent last spring, but the bill was not passed before New York lawmakers finished their last legislative session in mid-June.

For their part, consumers overwhelmingly supported New York’s takeout cocktail program as well as takeout alcohol from bars and restaurants in the city, even after the pandemic. Nearly 80% of people surveyed by the Nre York State Restaurant Association said they would like to see the program become permanent.

“It’s time for New York State to reinstate alcohol to go in restaurants,” shared Andrew Rigie, executive director of the NYC Hospitality Alliance on Twitter before the briefing. “It provided a critically important revenue source for struggling restaurants and was extraordinarily popular with the public.”

Other cities like Chicago also bid to legalize the sale of cocktails to go. In March 2020, bartender Julia Momose created a petition to allow Illinois bars and restaurants to serve cocktails to go arguing that it would sustain revenue for affected establishments during the covid-19 confinement.