What you need to know about gin

Before becoming a famous cocktail, gin was an anointing for the sick.

Gin is made from juniper berries, considered medicinal since the 11th century. Gin officially began its life when the Dutch took the well-established recipe for distilled juniper berries, mixed it with malt or wine and named it “geneva” from the French word genevrier which means juniper.

First of all, it was a great success in England. Then, British sailors brought it to the tropics. There they used it to hide the bitter taste of the malaria drug called “quinine”, dissolved in tonic water. So the famous gin and tonic was born!
Over the 270 years of gin history in London, cocktails have been formulated on the basis of London Dry Gin: with a little spice, cassia peel and pink pepper, with a citrus finish.

There are no better gins, the pucks differ, and the price is not necessarily a good indicator. It is very advisable to test the gins in small local distilleries, where you will discover the distillation process and they are often small wonders in terms of taste.

Why do we use juniper to make gin? 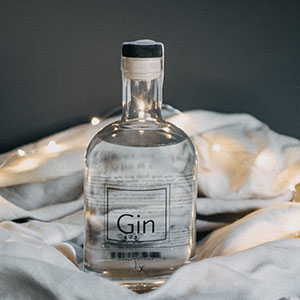 Gin is a French favorite!