To continue with our historic cocktails, this time we bring Seagram’s “83” 7 year old, a pure Canadian rye whisky.

The recipes of our column are compiled directly from the book “puis le gas y dit“, by the Distillers Corporation Seagrams Limited of Montreal.

Marketed for the first time in 1887, this rye whiskey has become a reference when it comes to Canadian whiskey. In fact, Seagram introduces blend whiskeys in Canada, and because of its acquisition of the distillery, it launches in 1887 to commemorate this purchase a special blend: the Seagram’s 83 7 years old. This whiskey became the best seller of the distillery, and around 1890, No.83 was one of the most popular Canadian whiskeys in America. 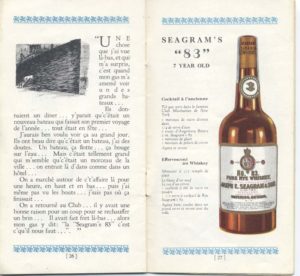 In this page of “puis le gas y dit…” our protagonist and his friend, assist at the inauguration of the first voyage of a big ship. “But it was so big that I think it was a piece of the city…you’d walk in there like in a hotel… ”

Back at the club, “there was a good reason for a warm-up shot… he’d been freighting in there … so my guy said ‘this is Seagram’s 83, this is what we need‘…”.

The juice of a lemon

Shake well; pour into a large glass and serve with soda. 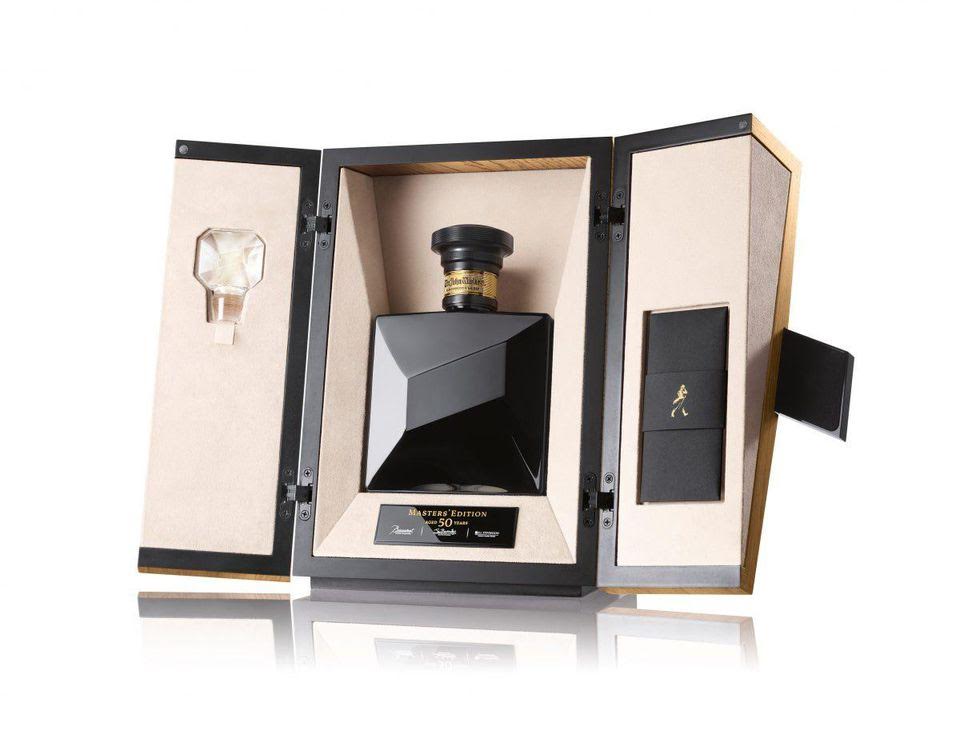 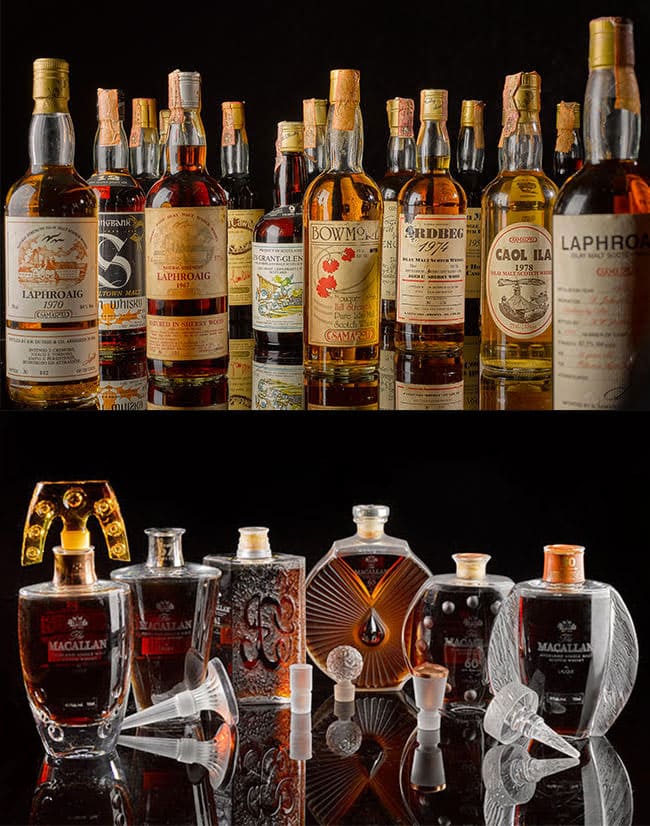