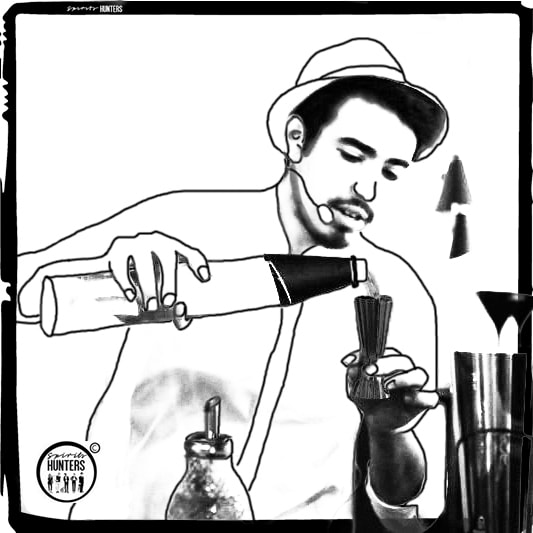 The young bartender has more than one passion in his 20s. The bartending, that exercises passionately and has been worth to him to be the best bartender of Lebanon and, the psychology. Yes.

The bartender Abdelnour Bahdam (Boudy, for his friends or clients) passionately serves his cocktails in the bar Bodo, of Badaro. For a year and a half he has been working here in his career that he loves so much. Recently, he won the Best Bartender of Lebanon contest and also offered his first Master Class at the Garden Show.

Partially self-taught, he learned behind the bar in his first job as a bartender, and observing colleagues, how to prepare and techniques. He also nurtured his knowledge by attending master classes from bar suppliers, spirits such as gin, whiskey, vodka and tequila.

Boudy, a bartender with what it takes

To test, in the contest of the best bartender of Lebanon in the framework of the exhibition Horeca. Boudy, served as a bartender with all the law. His drink was no more than a replica of a national drink. In fact, its cocktail even dispensed with the famous Lebanese drink Arak. To conquer the judges, Boudy prepared a cocktail based on gin, which thanks to a syrup and cinnamon, reminds the taste of mohgli. The latter is a dessert based on rice pudding seasoned with anise, caraway and cinnamon.

Boudy’s astuteness in taking this dessert to a cocktail earned him the victory to name himself the best bartender in his country.

More than a bartender, psychologist and sports lover

His passion and effort as a bartender has led him to develop a relationship between his clients and the people he serves at the bar. For him, to be a bartender is to listen to the person who enjoys your cocktail, and to know how to talk to them. Modest, attentive and open to criticism in order to improve his creations. “A bartender is above all a good psychologist,” he tells L’Orient Le Jour.

Beyond loving his career, Boudy enjoys sport and likes to stay healthy. For him, drinking responsibly is everyone’s obligation. Working sober is the most important thing.

He is currently planning to return to university in a few months to specialize in hospitality.