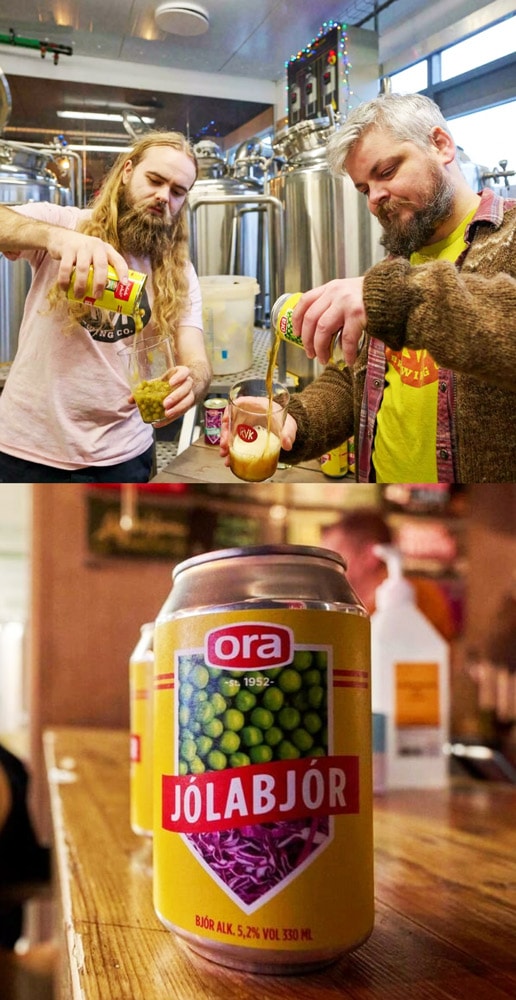 They create a veggie beer in Iceland for Christmas: Ora Joblajor

The veggie beer Ora Joblajor has been created for Christmas, it is made with peas and marinated in red cabbage… the result: it is sold out!

“Ora Jolabjor” is a veggie beer created in Iceland by Reykjavik Brewery. Ora Christmas beer took as inspiration for its recipe the typical Icelandic Christmas dinner.

At Christmas dinner Icelanders usually eat peas and red cabbage in addition to smoked leg of lamb and caramelized potatoes.

The ale-style beer has an alcohol volume of 5.2% and is the brainchild of brewmaster Valgeir Valgeirsson of RVK Brewing.

This is not the first time he has developed a Christmas beer. In recent years, he has created several beers based on seaweed, Christmas tree bark and even dried fish. Although Valgeirsson admitted that the latter recipe “was strange.”

The Ora Jolabjor recipe contains peas and red cabbage mixed with malt, hops and cloves. For this latest creation the brewery produced 6,000 liters, sold online through the state’s Vinbudin site, which controls the sale of alcohol.

The operation was a success. In just hours the first batch of 6000 cans of this vegan beer was sold and replaced by an additional 18,000 cans. It is worth noting that Iceland has a population of 370,000 people!

Valgeirsson said the idea began fermenting in his mind six months ago, after he received a call suggesting a collaboration with Ora, Iceland’s largest food manufacturer, for a Christmas beer. 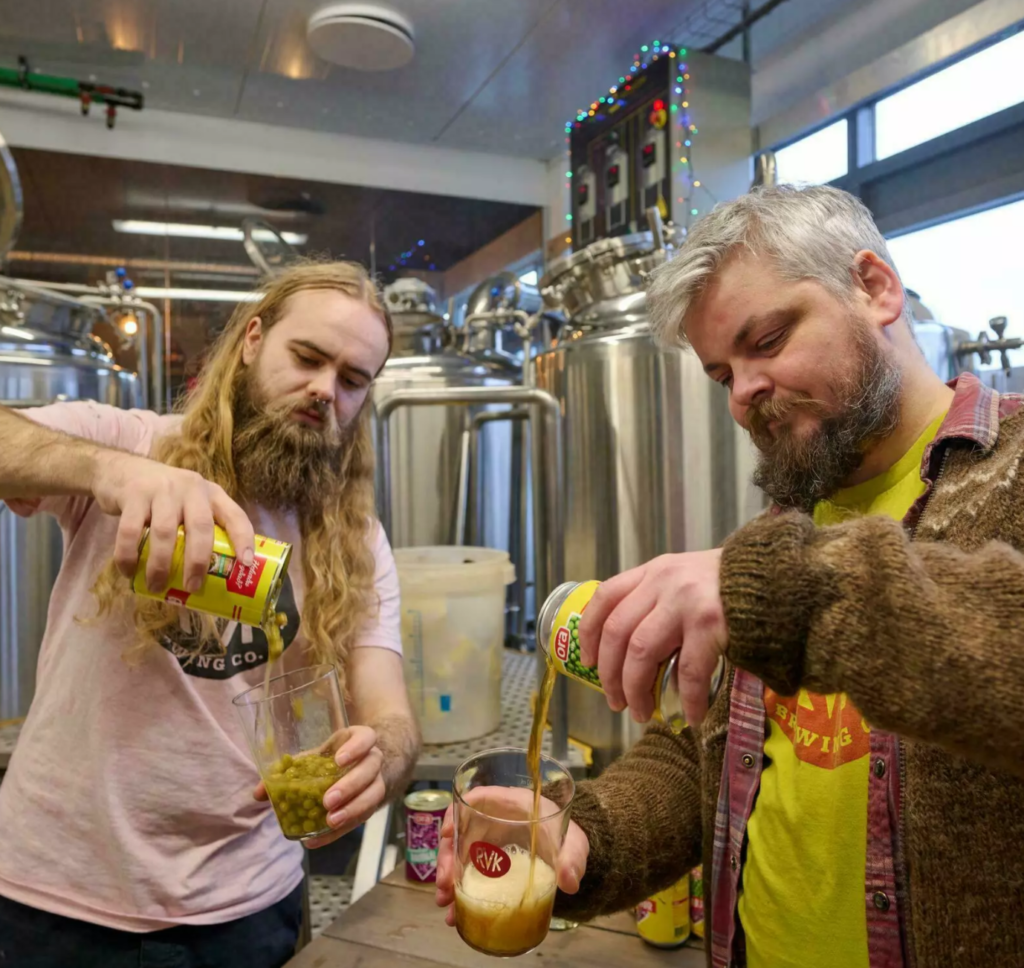 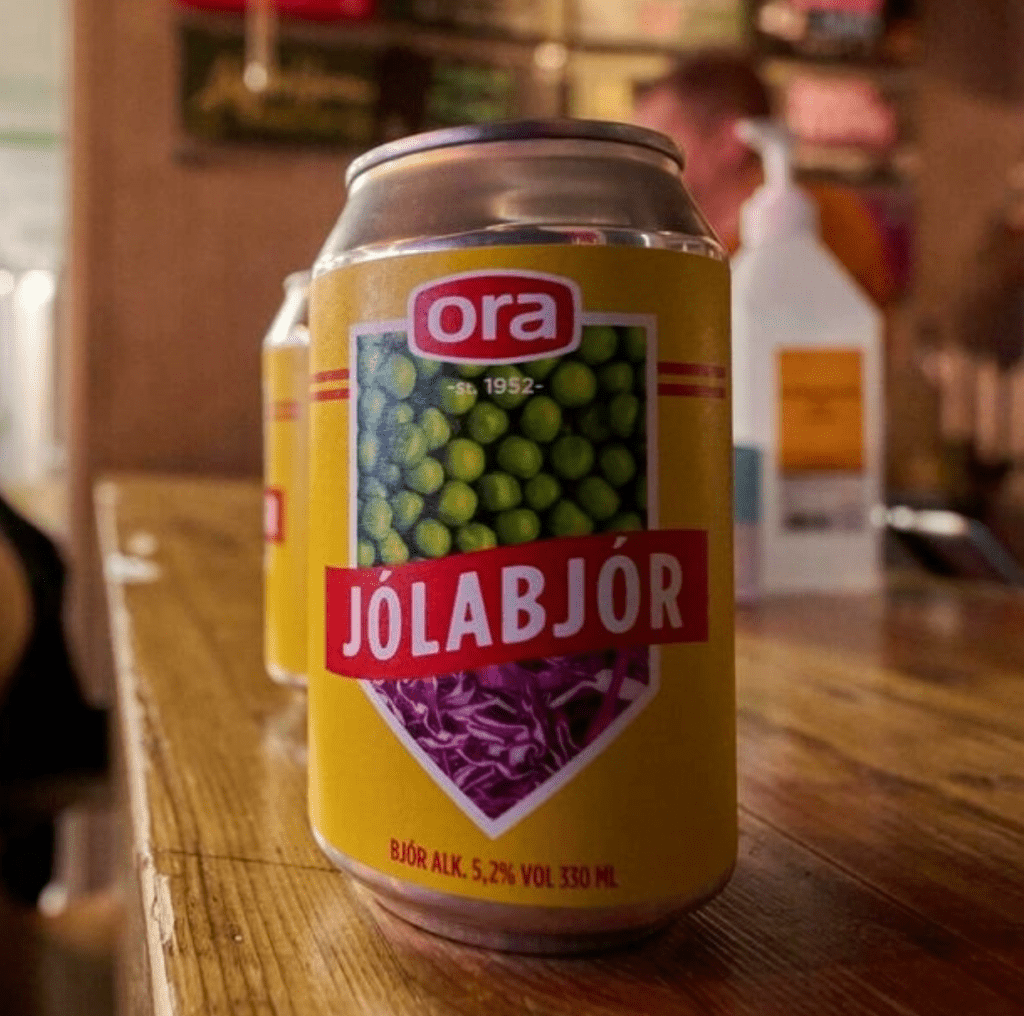 “The challenge was something I was looking for,” he told AFP.

“I was surprised at how good it tasted and how pleasant it was,” said Hedinn Unnsteinsson, a 51-year-old government adviser, who admitted the beer had a pronounced odor.

Niels Bjarki Finsen compared it to an English bitter and said he expected the vegetable ingredients to have a more distinctive flavor.

Thorsteinn Tomas Broddason, who works in finance, joked that he expected more strange flavors in the coming years.

Cocktail drinks you can craft with beer