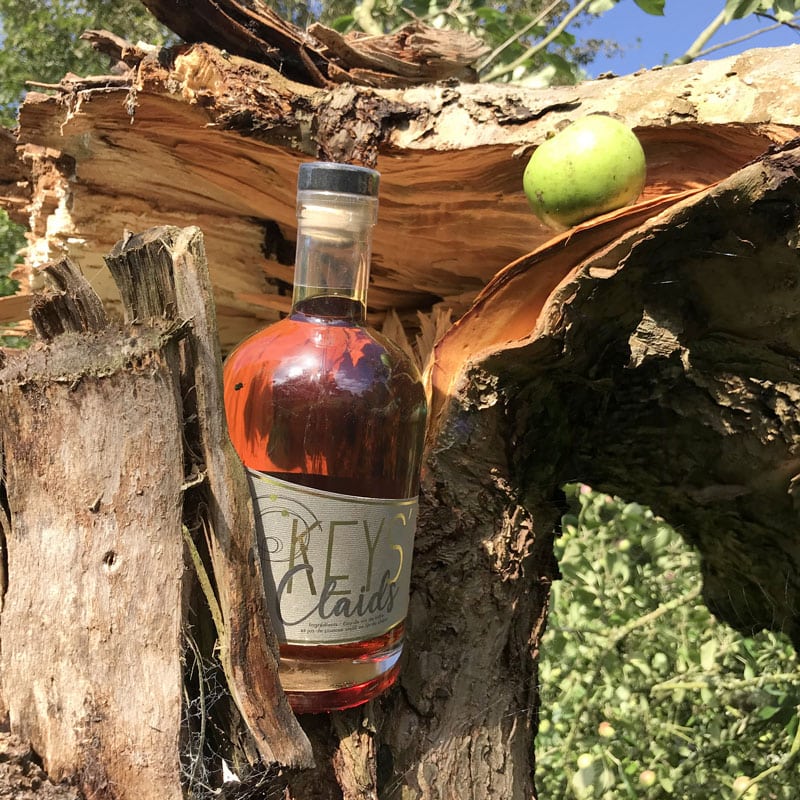 “Keys’ Claids” a whisky variant based on calvados, the latest creation of Alain Dauget

We pursue our conversation with Alain Dauget, milk producer, cider and spirits producer and Keys’ Claids, his latest Calvados-based creation.

SH: Tell us about Keys’ Claids Why this name?

AD: Originally, we wanted to call it “whisk’claids” because it is a variant of whisky made from Calvados. But the fraud squad refused and I was looking for a name. And then one night, it came like this… Why Keys? In English, it’s a key, and the village where the head office is located is called Saint Patrice de Claids (pronounce “clés, French for keys”).

SH : So what is it exactly?

SH: So we can say that it is an atypical product? And why did you design it?

AD: Yes, really, atypical. You won’t find it anywhere else. It’s a creation, even if it has certain aromas close to smoked and peated whiskies. It also has a vanilla aftertaste, a touch of caramel from certain rums. The objective is to make our famous calvados drink as an aperitif. Usually, we taste it as a digestive but people drink less and less and, frankly, we can drink Keys’ Claids as an aperitif as well as a digestive.

SH: And how do you drink it?

AD: At room temperature. Afterwards, it’s a bit to everyone’s taste, you can drink it chilled but without ice because the ice cubes dilute the product by melting. And some people say that the cold kills a little bit the aromas.

SH: I just drank it, it was at room temperature. I found it was very delicate, elegant, much less hard than whisky in general. I like everything that is quite, how can I say, rather straightforward, elegant. And it’s something quite complex at the same time. But round in the mouth.

AD: It’s round in the mouth and very long. You keep it for a very long time.

SH: What notes do you detect?

AD: A little vanilla, a little honey can be, and above all it is quite smoky.

SH:  Vanilla, caramel. Is there a little nutty in it?

AD: There were no nuts added. Nuts? No, I don’t think so.

SH: You can smell a bit of bourbon anyway.

SH: Is there a little orange, or not?

SH: There is a bit of citrus. Not because there is something acidic, but something fresh.

AD: Yes, it’s fresh. It’s true that it’s particularly pleasant. I could make you taste our Calvados to compare, it’s neat, it’s nothing like that.

SH: You could say that there are still notes of apple and something fresh.

SH: So, it’s 100% apple, but there’s a fruity, vanilla side, a bourbon side that can be similar to whisky but that doesn’t make it a whisky. At the same time, there is something much more fluid than whisky as an aperitif.

AD: It’s easy to drink, even if it’s still 41°. You could say that Keys’ Claids is the possibility to drink it as an aperitif with Calvados. 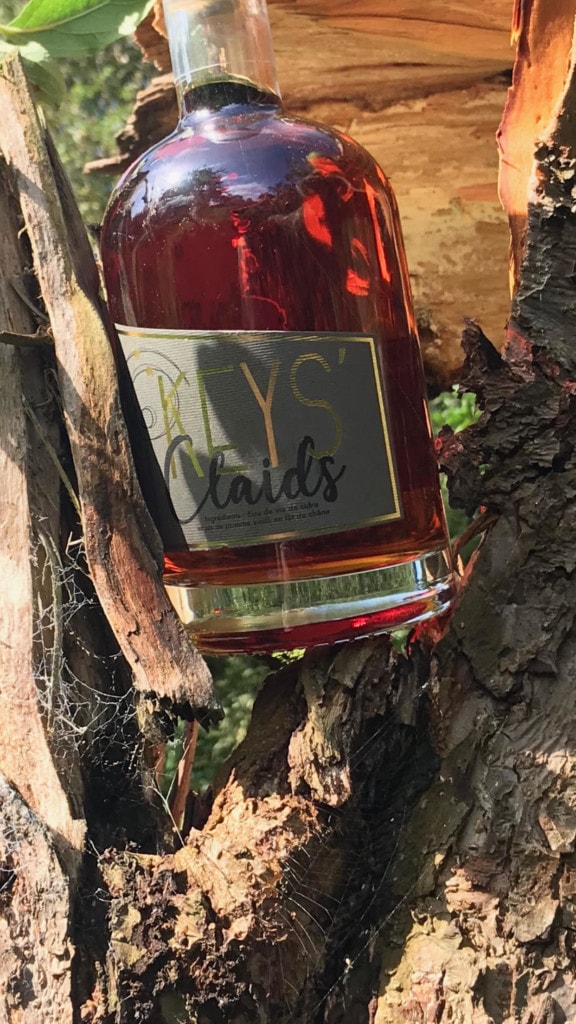 SH: How many bottles have you produced per year?

AD: For the moment, I have been selling for a year. We started on June 6 last year, for the 75th anniversary of the D-Day landings. The first vintage of 300 bottles left. The second one is in progress, so we are soon almost at 600 bottles sold.

AD: Here, in the store, in Saint-Patrice. We deliver to a few stores such as the cookie factory in Sortosville-en-Beaumont, the Coutancaise farm, two or three local stores, but mostly to private individuals. Yes, you can drink some at the restaurant de la Mer in Pirou, it’s very good, a real cook, a real chef…

SH: Today we are very attentive to food pairing. What could you drink Key’s Claids with? Lobster?

AD: We no longer have the idea of an aperitif with toast. Or meats. It wouldn’t be bad with game, with that slightly sweet side, too.

SH: Sweet and salty, how would you feel?

AD: I don’t know yet, I’m going to make a proposal… Honey roast, pork with caramel.