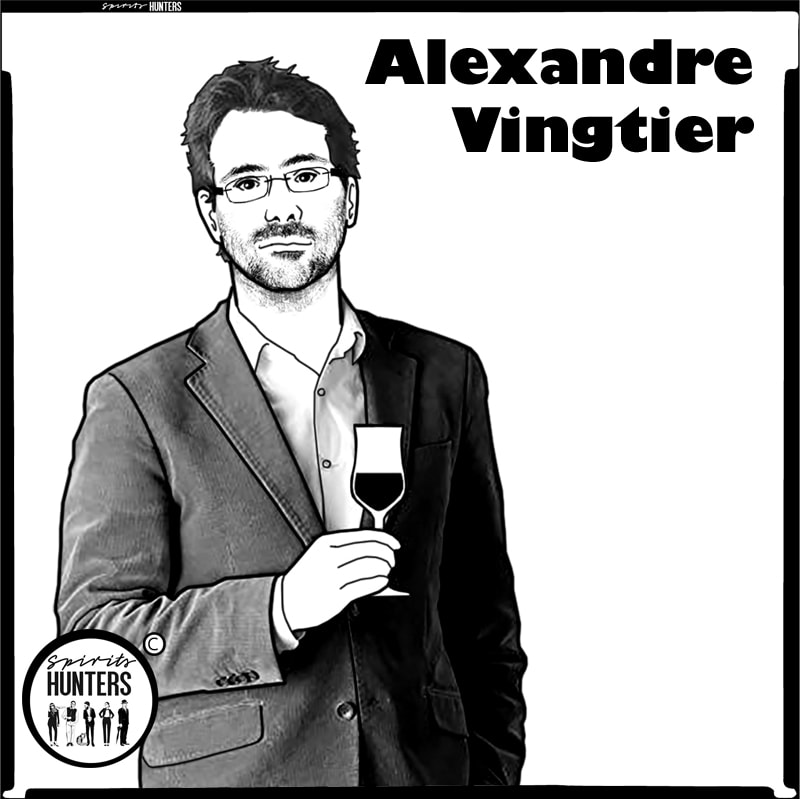 Distillers supply ethanol to pharmacies and hospitals throughout France. Interview between Natacha Wolinski and Alexandre Vingtier, one of the first to mobilize the distillers’ sector to supply ethanol.

“I saw images on TV that shocked me. The administration needed to be convinced at every stage.”

Spirits consultant, creator of blends and new brands and founder of the magazine Rumporter. Alexandre Vingtier was one of the first to mobilize the distillers’ sector to supply ethanol to pharmacies and hospitals throughout France to enable them to manufacture hand sanitizer gel.

Spirits Hunters has been spreading the efforts of the distilleries on a daily basis every week for the past month.

In this first interview, Alexandre Vingtier, our consultant and associate for Spirits Hunters, tells us how he went to the front and shook up all the established rules.

How did you come up with the idea of creating a bridge between the pharmaceutical or hospital world and the world of spirits?

I saw images on TV that shocked me. A doctor who ran out of stethoscope disinfectants, a CHU that ran out of ethanol. In France! While we are the largest European producer of ethanol … On March 6th, there was an order authorizing pharmacies to produce their hand sanitizer gel directly. Then there was an appeal from elected representatives and distillers in Alsace who were the first to supply pharmacies with food ethanol. And not only pharmaceutical ethanol. Customs authorized these donations or transfers, but without media coverage and without a firm national circular.

I therefore sent a collective e-mail in the hours following the implementation of these first provisions, in mid-March, to many players in the sector. Then, I received feedback from all the regions and territories. I realized that, even though the decree of 6 March had been promulgated, few were aware of the regulatory changes. The press had to be alerted. As a result, the Pernod Ricard group over-mediated its donation of 70,000 litres of alcohol to the French leader in the production of hand sanitizer gel. On radio and TV. So smaller players appeared in the local media. One thing led to another and the whole industry mobilized.

What was the next step?

Then we had to fight it out with customs. So that they could issue the national circular automating and speeding up the process, so that the distilleries could give away their ethanol free of charge. Or, sell it at cost. We launched our appeal on March 14 and, by March 16, the circular appeared on the customs website.  We are undoubtedly the country that reacted the fastest and strongest in this area. With this circular, I created a tool on the Rumporter magazine website to centralize information and procedures. This tool was intended for distillers who wanted to help and, on the other hand, pharmacists and hospitals who did not necessarily have access to information. And even less the commercial link with distilleries and liquor stores.

Wasn’t it strange that it was the web page of a magazine specialized in spirits that was in charge of such a sensitive issue?

Of course it was! Fortunately, a person from the DGE (Directorate General for Enterprises, in particular the unit in charge of ethanol within the Ministry of the Economy), who saw all the steps I had already taken, contacted me. I told him that it was necessary to create a real national platform to put all the actors in contact. That it was also necessary to centralize all the regulations to clarify the procedures. A few days later, the Ministry of Economy created a platform on the DGE website. For my part, I continue to carry out actions in metropolitan France. And in overseas and abroad, at all levels.

How do you measure the need for ethanol?

They are considerable. To wash a hand, you need a milliliter of ethanol. To wash two, you need two milliliters. If, in France, we produce one million litres a day, that covers 500 million hand washes. It sounds huge, but in reality, it’s not much. Normally, in an intensive care unit, we wash our hands at least forty times a day. From now on, these instructions will be extended to all hospital departments and caregivers. Ambulance attendants and firefighters. The demand is therefore multiplied. 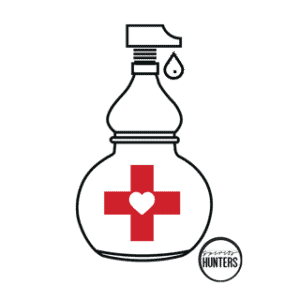 It should also be considered that France is also being transformed into a clinical space. For the main instruction is to disinfect hands and surfaces as often as possible. A town doctor who examines ten patients during the day will wash his hands 40 times. But he won’t always have access to a sink. He alone will need 8 cl of ethanol per day of surgery. We must therefore calculate in billions of hand washing per day in France.

Is the ethanol used by pharmacists the same as that used by distillers?

Yes, it is the same. The only difference is that the ethanol used in the pharmaceutical industry is denatured. And sometimes about 70%. The one used in medicine is more dosed, so the solution works faster, in seconds.

Are all territories on an even footing in this fight for disposing equally of gel?

For the overseas territories, it’s been very complicated. The alcohol produced there, even though it has the same properties as pure ethanol, has not been deemed compliant because of its aroma. No matter how much pressure we put on them and how many discussions we had with the prefects, an order from the Ministry of Ecological Transition initially prohibited the use of certain overseas alcohols, because there are no systematic corrective columns there to comply with the wording prescribed by European and French texts. These texts that we had had promulgated, which had allowed us to make progress in mainland France, blocked us in the overseas territories. We decided to override these administrative reasons, because they prevented Martinique, Réunion or French Guiana from building up stocks and preparing.

We encountered the same problem in certain regions of metropolitan France where the alcohol did not comply exactly with the directives. Everything finally came to an end when the law on the state of health emergency was promulgated. At that point, compromises were reached and in some regions or departments, prefects authorised the use of other types of alcohol than 96% ethanol, such as 90% rum or 92% wine spirits or even spirits mixed with ethanol. At each stage, it was necessary to take the lead and ensure that the legal framework was adapted to the realities on the ground.

With the de-confinement, the demand for hand sanitizer will increase further. After supplying ethanol, distillers are now starting to produce gel. Is this a good thing?

Yes, because the supply chains of pharmaceutical companies are saturated. Other types of laboratories have taken over in recent weeks, such as those in the cosmetics industry, but companies in this sector are rather specialised in small volumes. Among wine and spirits producers, there are bottling lines that can supply tens or even hundreds of thousands of litres a day. However, with deconfinement, we know that demand will increase even more. We are already seeing it in other countries. In companies, every meeting room, every office will have to be fitted with a freeze. It will be the same in shops, on public transport, in bars and restaurants and even in public spaces… 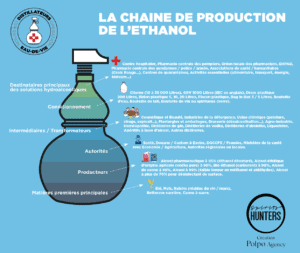 The implementation of these gels all over the country represents tens of millions of litres. Some companies have already started producing hydroalcoholic gels, but the web of regulations is particularly complex. These initiatives are now supervised and each company must report its activities to the DREAL (Regional Directorate for the Environment, Development and Housing), on which it depends, in order to be fully aware of the rules and assess the risks involved in the manufacture of biocidal products. This is the main approach.

In order to have more ethanol, can we imagine distilling the overstocks of wine and beer?

For the moment, this is being studied. I proposed it to the DGE (Directorate General for Enterprises) very quickly. The Kronenbourg company warned that it had millions of litres of unbottled beer at its disposal which, if distilled, could provide hundreds of thousands of litres of pure alcohol. It is complicated, however, because a health crisis should not be allowed to create harmful effects. When the Spanish flu broke out after the First World War, the state ordered phenomenal quantities of rum, and afterwards it broke the market for years. If we allow everyone to make alcohol in all directions, we will certainly help to alleviate a health crisis, but then we risk an economic collapse of the sector.

Will France have enough freeze at the time of de-confinement?

Theoretically yes, but we must ensure right now that stocks are well distributed throughout the country, both in metropolitan France and overseas, which is not the case at present.  Moreover, France is not an end in itself. Knowing European interdependence, we must help other countries, the Spanish, the Italians, the Mediterranean region and Africa as well . 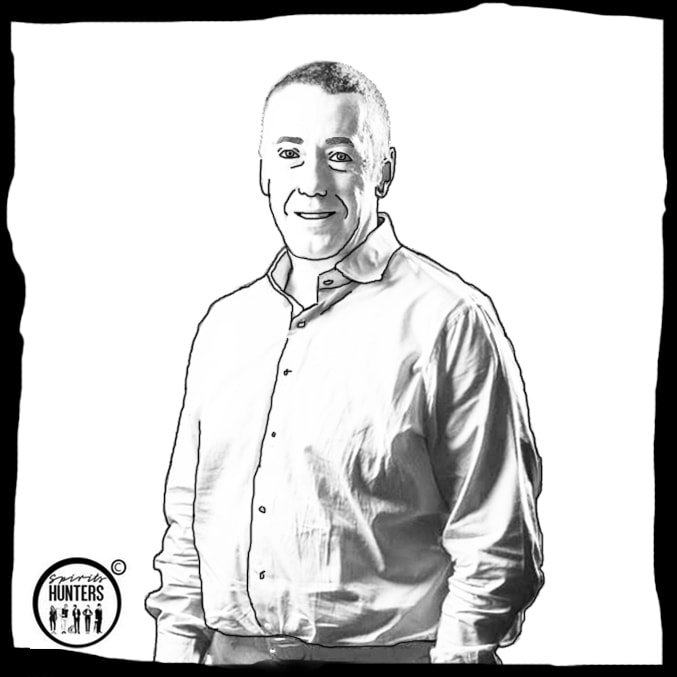 The Indian cocktail and spirits scene is evolving, but people need more places to share

Tales of the Cocktail Conferences: “The Bartender Pivot” with Ms. Franky Marshall