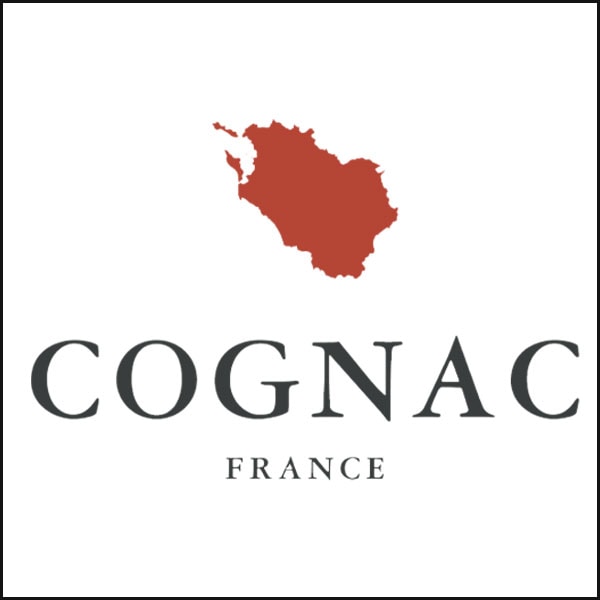 The Cognac sector has announced via a press release the collective production and distribution of a hydro-alcoholic solution for health professionals in the Charente and Charente-Maritime.

In addition, the sector has announced the collection of more than 40,000 masks for local hospitals, doctors and laboratories.

Since the first days of the Covid-19 health crisis, the Cognac sector, faithful to its collective values, has been mobilized to help the health workers in its region. In addition to the many spontaneous and individual initiatives of the trading houses and winegrowers, two collective projects have been set up:

1. Collective production and distribution of a hydro-alcoholic solution for health professionals in Charente and Charente-Maritime

With the help of health professionals, elected representatives and the Qualyse laboratory specializing in the practice of health and environmental analyses for local authorities, ministries and the private sector, the Cognac sector is setting up a regional operation from Monday 30 March 2020 aimed at producing, bottling and then distributing a hydroalcoholic solution. 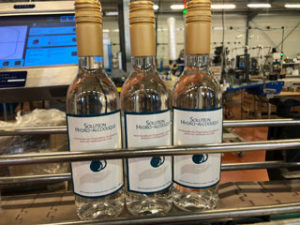 Intended for town doctors, pharmacies, Ehpad and personal services in Charente and Charente-Maritime, this solution enables hands to be disinfected. It requires less glycerol than gel, an ingredient which, like hydrogen peroxide (“hydrogen peroxide”), is now very difficult to find.

This action, carried out on the initiative of the Cognac interprofession, is supervised and conducted in strict compliance with health regulations. It will enable the production of 8,000 50cl bottles (the equivalent of 40,000 individual 10cl bottles) to start up with an initial production of 4,000 liters. A larger quantity of alcohol has already been collected by the sector: production will increase according to the availability of glycerol and hydrogen peroxide. 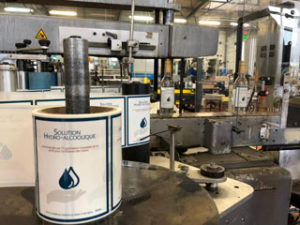 The process is as follows:

Supply of neutral alcohol at 96° by the Cognac houses and winegrowers who have it,

Transformation of alcohol into hydroalcoholic solution* by Qualyse ;

Bottling in 50 cl bottles by a merchant who centralizes and coordinates the program;

Distribution of the vials to the two departments. For the 17th, under the supervision of Mrs Corinne Imbert, pharmacist, Senator and Departmental Councillor of Charente-Maritime and Mrs Catherine Desprez, Vice-President of the Departmental Council of Charente-Maritime, Mayor of Surgères. And for the 16th, in conjunction with Dr. Alain Thiburce, President of the Association of Doctors on call in the Charente (Ameps 16).

2. Collection of more than 40,000 masks for hospitals, EMS, doctors and local laboratories

Since mid-March, players in the Cognac sector have supplied more than 40,000 masks to hospitals. But also to the SAMU, local doctors and laboratories.

These regional collective initiatives are in addition to other individual and spontaneous solidarity actions undertaken by merchants, winegrowers and distilleries on a local and national level (donations of alcohol and equipment).

The Cognac sector thus supports the collective effort while remaining faithful to its values and its territory.

About Qualyse. Created in 2008, the Qualyse laboratory offers a range of food hygiene services. In animal health, hydrology and the environment for the benefit of local authorities, ministries, companies and individuals. An EPIC-type establishment, Qualyse has three analysis and production sites in La Rochelle (17), Tulle (19) and Champdeniers (79).

Throwback: Cognac Bartender Contest: And the winner is…