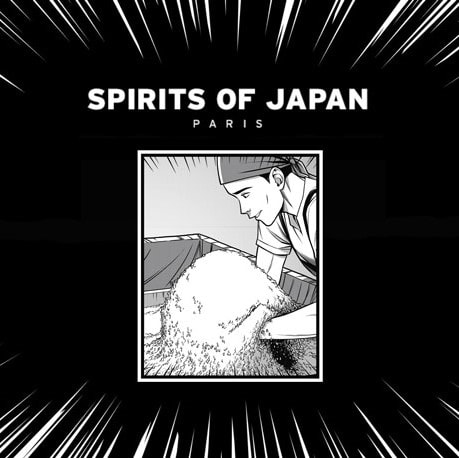 Agenda: Spirits of Japan, an opportunity to discover the most traditional drinks of Japan

Spirits of Japan will be held in Paris on March 13 and 14, a unique opportunity to discover the most traditional drinks of Japan.

It will be a unique opportunity to discover the most traditional drinks of Japan by meeting about fifty producers willing to share their ancestral knowledge.

Japan is not limited to its ramen and even less to its sushi. The Land of the Rising Sun is rich in a unique culture of spirits and especially too little known in France. Based on rice, barley, sweet potato, buckwheat… mainly produced locally in a traditional way, Japanese alcoholic beverages offer an organoleptic palette that is only remotely similar to what we know in Europe, except perhaps whisky of course.

First of all, there is Sake, an alcoholic beverage resulting from brewing and fermentation, not distilled, made from rice, kôji and spring water. But also the Sochu whose base is most often linked to the local soil (rice, but also sweet potatoes, barley, buckwheat…). Mixed with water (brewed again) the must undergoes a double fermentation, before being distilled in a pot still to mature either in jars, enamelled vats or barrels.

Awamori is considered as the ancestor of shochu and the oldest brandy in Japan. It is a fermented drink made from rice and black koji and then distilled in an iron still before being aged in vats or jars in the Okinawa archipelago. Sweet and tasty, Umeshu is a liqueur made from ume plums macerated in alcohol and sugar for a minimum of 3 months and more usually 6 months.

These ancestral drinks have crossed the centuries and even inspire today a new generation of producers who have chosen to perpetuate this heritage by sometimes bringing a touch of modernity. They are the ones who will be present at Spirits of Japan, about fifty in total, to make discover their exceptional products. This during simple tastings or real master classes and other conferences.

Finally, Japan has been able to put its touch in more classic products such as beer, gin, vodka and whisky.

To go even further into the Japanese culture, the event also offers a magazine, a photo exhibition and a selection of grocery products.

On the other hand, from March 7 to 14, a series of events will make Spirits of Japan live ‘outside the walls’, in a selection of bars, restaurants and wine shops.

Learn how to make limoncello at home!