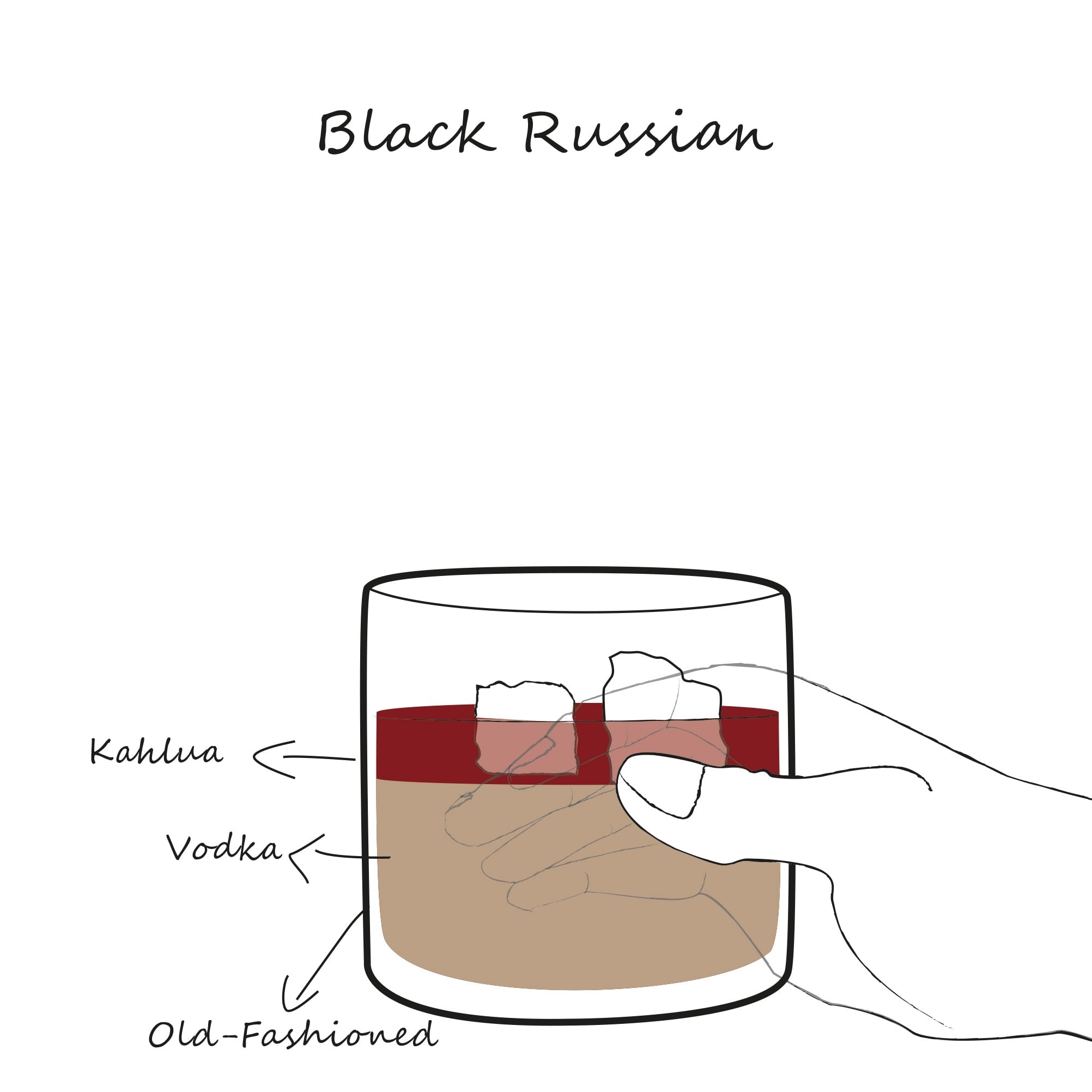 The history of the Black Russian cocktail

We already know the White Russian, now, we will talk about the Black Russian cocktail. Discover it here.

However, this cocktail is not really Russian…

It is assumed that between 1949 and 1950 bartender Gustave Tops created the Black Russian cocktail in Belgium, more precisely at the Metropole hotel in the country’s capital, Brussels.

Apparently, Tops first mixed the combination of Kahlua and vodka to serve a curious client: the American and member of high society Perle Mesta. At the time, Mesta was serving as ambassador to Luxembourg.

Although we already know the White Russian, composed of the same ingredients with a touch of milk or cream, the Black Russian cocktail would then be the predecessor of the white cocktail.

Here is a recipe contributed by Gary Reagan (liquor.com)

Preparation: Pour both ingredients into a mixing glass filled with ice. Stir and strain into an old fashioned glass filled with fresh ice. (This recipe makes a fairly dry version of the drink. You can use more Kahlúa and less vodka to make a sweeter version).

The Holidays with the special eggnog cocktail

A bar in France delivers cocktails, beers and tapas in vintage cars