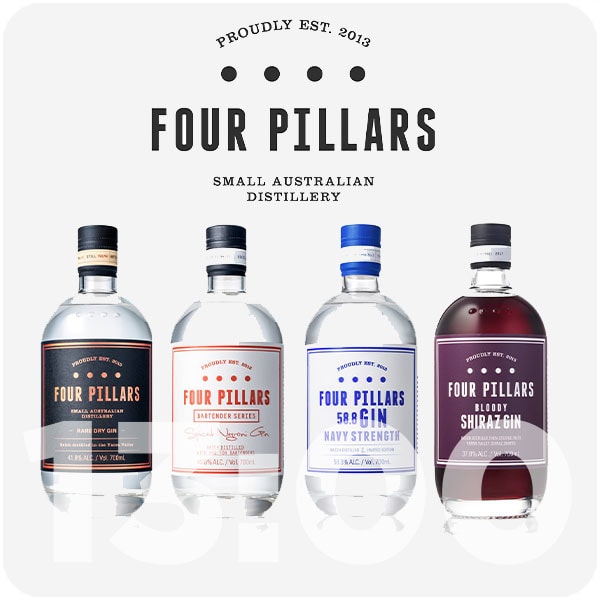 Australian gin distillery FOUR PILLARS is the best in the world

Do you know the Four Pillars distillery? It’s the best gin distillery in the world! We tell you all about the winners of the International Wine and Spirits Competition.

The Four Pillars Gin Distillery received the International Gin Producer of the Year Award 2019. The awards took place during the 50th International Wine and Spirits Competition Awards Ceremony. At the event, in The Guildhall, London, attended 600 leaders from the global drinks community.

Founded in 2013, Four Pillars Gin de Yarra Valley, located outside Melbourne in Australia, is now one of the world’s leading distilleries. As it is today, it is Australia’s number one craft spirits distillery, leading the gin revolution in the country.

This award then highlights the distillery’s leading role in the world of gin. In fact, they have created some of the most rewarded gins in the world. In addition, they set an example of commitment, collaboration, creativity, design and world-class experiences.

It is also the first Australian distillery to win this award. An important recognition and achievement that comes from the largest and most prestigious international competition for spirits. It should be noted that each year, they receive more than 3,000 entries from all over the world.

Four Pillars exists since 2013 when Cameron Mackenzie, along with Stuart Gregor and Matt Jones, came together to develop this idea. Today, Four Pillars is distributed in more than 30 markets around the world, producing around 100,000 cases of gin a year (about 600,000 bottles).

Learn more from the distillery: https://www.fourpillarsgin.com.au

Celebrate World Whisky Day this Saturday, discover events near you

The return of the Paris Cocktail Week: 24 January – 1 February