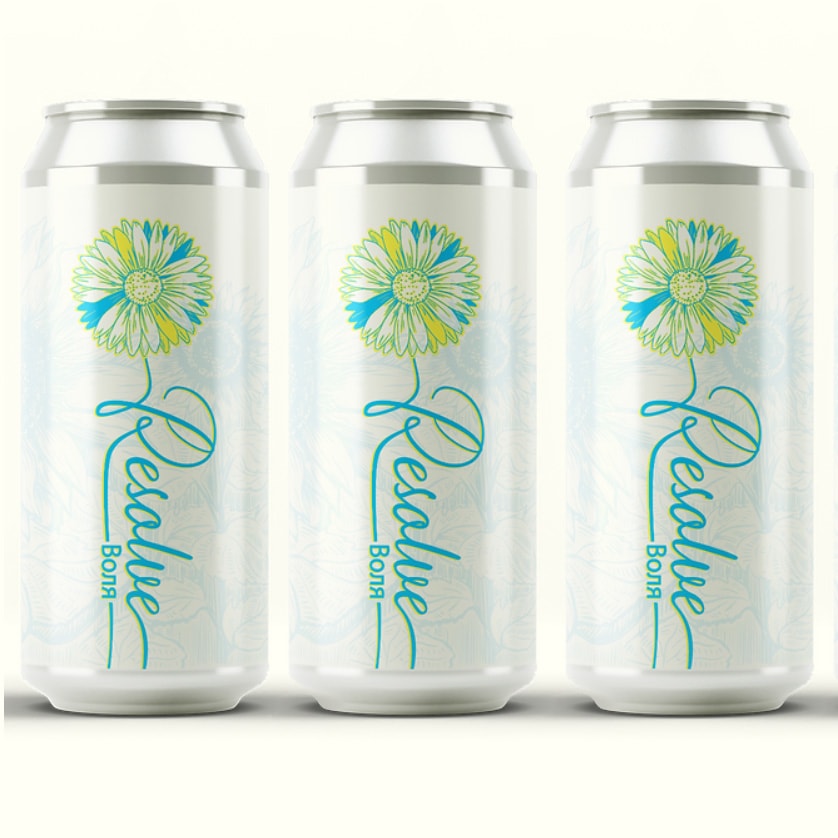 Several breweries teamed up to create Resolve beer, with proceeds from sales going to humanitarian efforts in support of Ukrainian citizens and refugees.

Story by Mike Snider at UsaToday

The 42 North Brewing Company in East Aurora New York has decided to take on the Resolve beer project along with other breweries such as Clay Keel.

John Cimperman, founder of 42 North Brewing undertook this project to return the “favor” to Naz Drebot, a Ukrainian brewer who helped Cimperman design 42 North Brewing in 2015. “Half of the recipes we still have on our wall are beers he designed recipes for, so he’s a family member in more ways than one. …When all these horrible events started a month or so ago, we said, ‘What can we do?“‘

Today Naz runs his own brewery in Kiev, and brewers around the world want to help his country as it faces a Russian invasion.

42 North launched the effort in March, posting two recipes and a label online and brewing its own Resolve beer. It is currently available at Wegmans supermarkets in the Buffalo, N.Y., area.

More than 30 breweries are also participating, most of them in the United States, but some in the United Kingdom, Poland, Hungary and Ukraine. 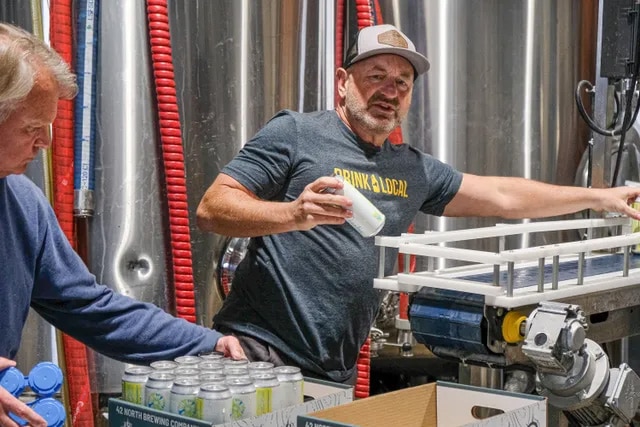 Drebot helped create one of two base recipes for a crisp lager known as Kellerbier, available on Resolve’s website. He also designed the label, which includes the Ukrainian word “freedom.”

Drebot’s brewery, which plans to brew Resolve beer next week, continues to operate and export beer throughout Europe. Since the invasion, Drebot has not been able to help brew the beer himself, but has spent time serving in the Territorial Defense Forces holding a sentry position.

More recently, he has gone on to volunteer to help with supplies and assistance to the international press. “I just want to protect my country,” Drebot said during a Zoom call recently.

Drebot returned to Ukraine in 2016 and co-founded his own brewery in Kiev, 2085 Brewery, two years ago. “America is my second homeland. The country helped me a lot and continues to help my country,” he said.

He said he has seen firsthand some of the atrocities reported recently. “It’s horrible. The world should know what is happening. … You see civilians with their hands tied behind their backs and shot in the head,” he said. “It’s like 9/11 every day.” 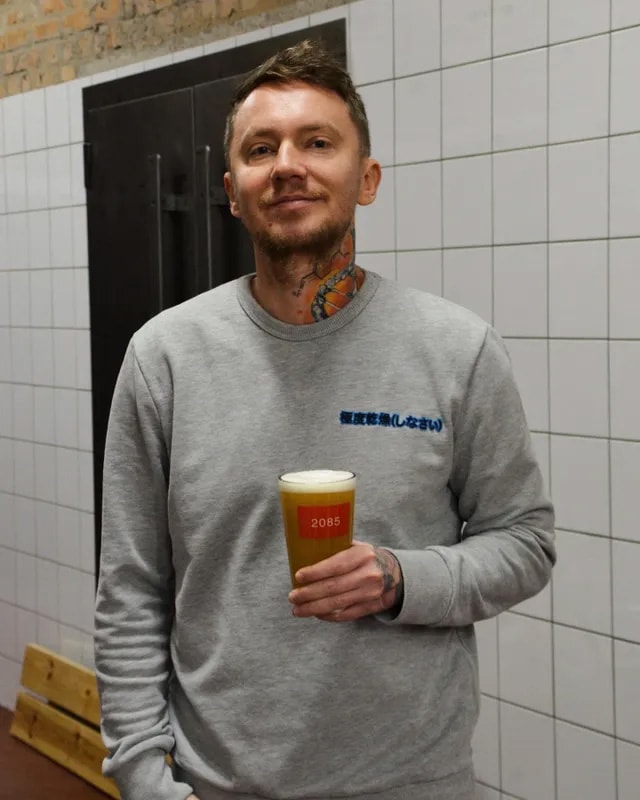 42 North is donating at least $10,000, Cimperman said, and hopes to grow the number of breweries that will join in brewing the beer.

“If we can get 50 breweries, we’re already talking,” he said.

Proceeds from the beer will go to Global Empowerment Mission, which provides aid to both fighters and families remaining in Ukraine and refugees who have fled to neighboring Poland, and World Central Kitchen, which has served millions of meals in Ukraine, Poland, Romania, Moldova and Hungary since the start of the Russian invasion.

“This is just one small thing we can do to hopefully raise some money, but just as important is to show Naz and his countrymen that we have their back and that there is solidarity here,” Cimperman said.