Curious facts about Caipirinha, the Brazilian cachaça-based cocktail created in 1918.

Caipirinha is a cocktail that was born in Brazil in 1918, during the Spanish flu epidemic. Known as a “miracle recipe” among Brazilians, this cocktail was originally composed of lime cachaça, honey and garlic. It is said that this mixture had already been used during the epidemics of scurvy and cholera…

The reality is that over the years, the cocktail became a mixture of lime, powdered sugar, ice and cachaça. And the truth is that it never served as an elixir against diseases, in fact 35,000 people died of Spanish flu.

Although there are variants of this cocktail such as Caipiroska (vodka-based) or Sakerinha (sake-based) or even Caipirissima (rum-based), Brazilian purists defend its original recipe: only add cachaça.

Cachaça is an alcohol that has been distilled in Brazil for 500 years and has a controlled denomination of origin. In older times, cachaça was a symbol of resistance to the Portuguese colonists, who tried unsuccessfully to banish it in favor of their wine.

How to prepare a Caipirinha

The ultimate summer cocktail, the caipirinha is one of the most refreshing drinks you can make. It’s the perfect introduction for anyone new to cachaça and a great way to explore and compare different brands.

Plus, it can serve as inspiration for many other tasty drinks.

Requires only three ingredients: cachaça, lime and sugar. Like the old-fashioned and the mojito, this is a muddled cocktail, although the alcohol of choice here is cachaça.

To make this cocktail you will need the following ingredients. It is important to take into account the final alcohol content, between 20 and 25º. 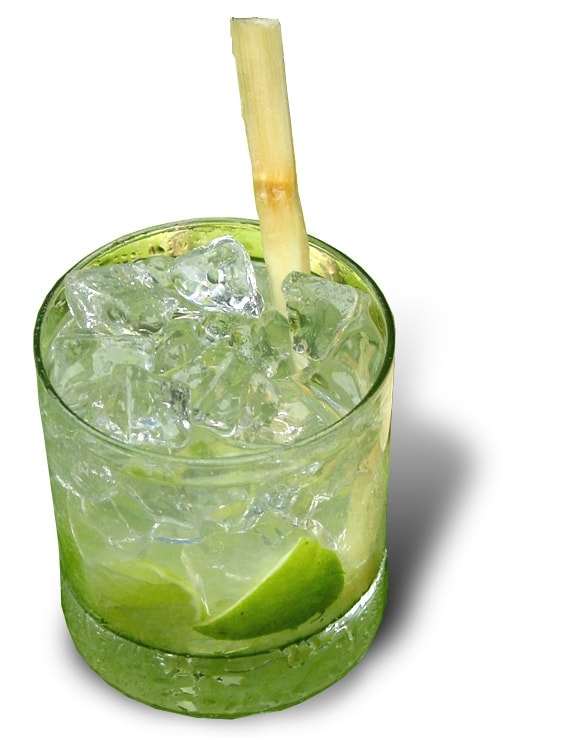 Preparation: with a mortar, crush the lemon with the sugar. Add the ice and then the 60 ml of cachaça. Stir gently and prevent it from becoming too watery.

*Good to know: For Brazilians, a Caipirinha is not just limited to lime but can be made with pineapple, mango, passion fruit, kiwi, papaya, etc. And they don’t add these fruits to the lime, but replace them with the lime, resulting in a much sweeter drink.

Can I use rum to make a Caipirinha?

You can substitute light rum if you can’t find cachaca.

You can also create fun twists of this drink using: Learn how to prepare a low-calorie Mudslide cocktail