The “how to” beautiful cocktails with foam

Ramos Gin Fizz, Clover Club… those perfect cocktails with foam. Achieving this technique has its well known secrets, but some that are not yet revealed.

“Shaking an egg white cocktail with a little soda water in the can is a technique I recently discovered through my friends at Silver Lyan,” says Deke Dunne to PUNCH, head bartender at the Allegory at the Eaton DC hotel.

For cocktails with foam, such as for the Ramos Gin Fizz, soda water allows us to create a charged cocktail, which we add at the end to increase the thickness of the foam.

Deke Dunne, meanwhile, creates a foam-laden Pisco Sour by adding half an ounce of soda water in his dry inverted shake. “What we found is that you do get a bigger, smoother head with a higher peak, but what really attracted me to the technique was how balanced the final product ended up being,” Dunne says. It’s crucial to dry shake for 10 to 15 seconds (no ice): “It really [rounds] out the cocktail and [leaves you with] the silkiest aftertaste,” he says.

The soda water technique has been used by many bartenders to perfect their frothy cocktails. But other experts like Miguel Lancha, cocktail director at José Andrés’ gastronomic restaurant minibar, prefers a more scientific and precise approach to recipes and techniques, and was initially skeptical of soda water. “Just on paper and in theory, I didn’t see how it could benefit,” Lancha says, citing both dilution and the possible inability of egg whites to withstand the carbon dioxide in soda water as concerns.

Other bartenders create their sour cocktails with a blender, rather than manual shaking, a common technique deployed in high-volume bars and restaurants throughout Peru such as at Cantina & Pisco Bar to create their version of the traditional Pisco Sour: the Pisco Sour Brûlée. “The version of our traditional Pisco Sour with this technique turned out to be a total success,” says Diego Muñoz.

Recipes for Cocktails with Foam 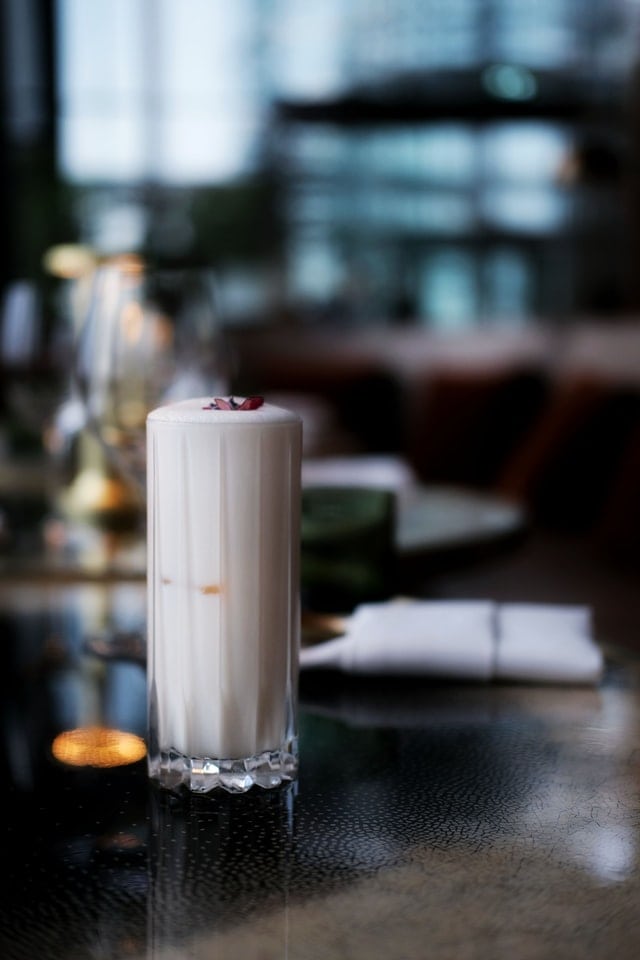 Photo by Dannie Sorum on Unsplash

*For the simple syrup

1 to 2 drops of vanilla extract (optional)

For the simple syrup: Combine the sugar and water in a small saucepan over medium-high heat. Bring to a boil; once sugar has dissolved, remove from heat. Cool completely.

For the drink: Chill a Collins glass. Fill a cocktail shaker with ice.

Discard the ice from the shaker, then pour the drink back into it. Seal and shake vigorously for 30 to 45 seconds, then pour into the Collins glass.

Insert a straw into the drink, then add club soda or seltzer, pouring it through the straw to avoid running out or damaging the foam. (The straw is optional for serving, but helps preserve the foam as you drink). 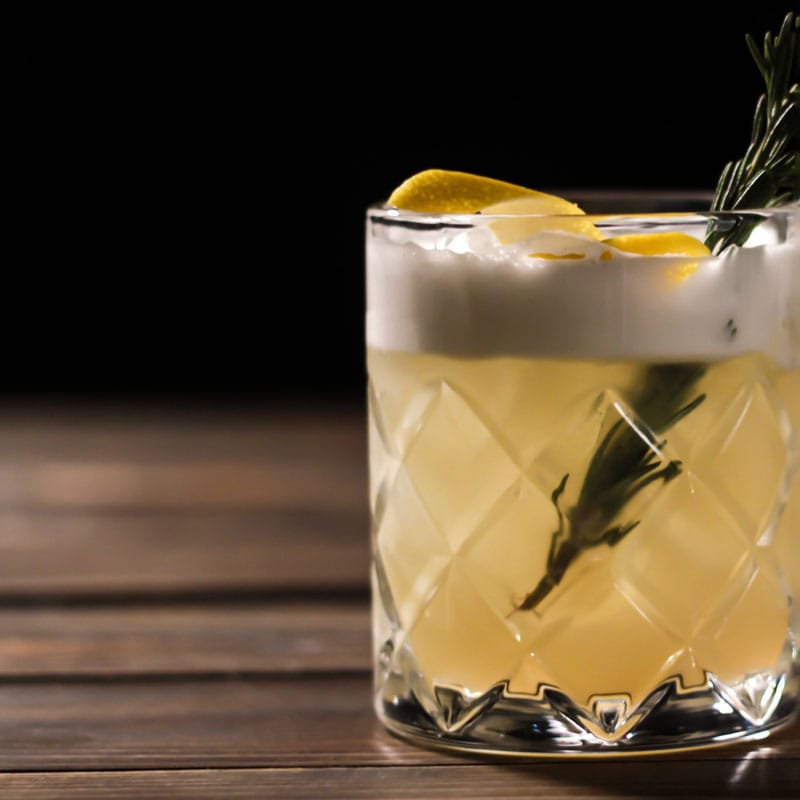 Photo by Andrey Grodz on Unsplash Preparation: In a cocktail shaker, add 8-10 ice cubes and pour in the lime juice, marmalade, egg whites and gin. Shake vigorously until condensation forms in the shaker. Strain and pour into Martini glasses. Garnish with a slice of strawberries.